51% of New US Electricity Capacity In 1st Quarter Came From Solar Energy, 92% From Renewables (CHARTS)

If you love solar, you’re going to love electricity capacity trends in the US. In the first quarter of 2014, over 51% of new electricity generation capacity came from solar (51% excludes small and medium rooftop solar projects), and renewable energy on the whole contributed 92.1%.

This follows a year (2013) when solar was the #2 source of new electricity capacity, adding 21% of all new electricity generation capacity (again, not including rooftop solar projects).

This is all better visualized in charts and tables, so below are several of those. Above is a chart of new electricity generation capacity in the 1st quarter of 2014, and here is a table on that split:

Here is a chart on the 2013 new electricity generation capacity split, and then a table on that: 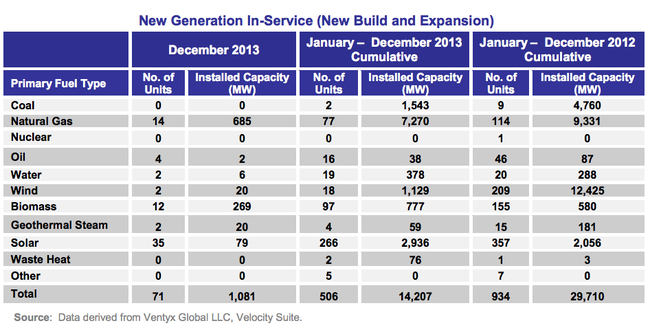 And here is a chart and then a table on total electricity generation capacity in the US at the end of March 2014: 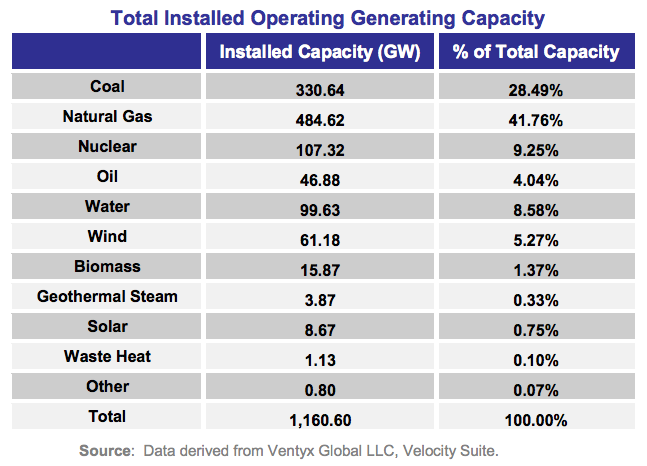 We still have a long way to go, but at least we are now making very strong progress.

From Selenium to Silicon and Beyond: Celebrating the 60th Anniversary of the First Solar Cell Capable of Converting Enough Sunlight Directly into Electricity for Practical Power