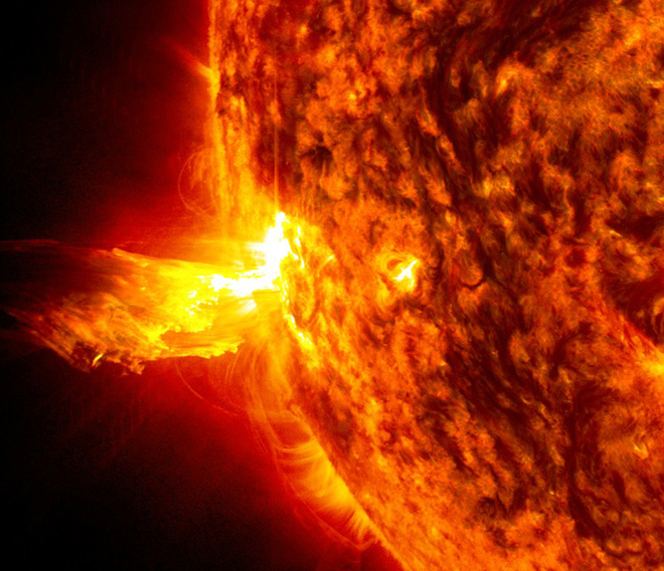 China just seems to be getting ever more ambitious with its renewable energy targets, as recent announcements have shown. Or is “ever more desperate” the more accurate way to put it?

In a recent announcement, the Chinese government revealed that it would (yet again) speed up solar energy development in the country — aiming to triple installed capacity up to 70,000 megawatts (70 gigawatts) by the year 2017. The move is part of a renewed push in the country’s “war on smog” and is intended to help reduce its (great) reliance on coal-fired power plants.

The announcement also noted that the current aim is to possess 150 GW of installed wind power capacity, 11 GW of biomass power, and 330 GW of hydro power by 2017.

The announcement comes just two months after Chinese Premier Li Keqiang’s officially “declared war” on the country’s horrific and tragic smog problem, which scientists in Beijing have compared to the effects of a nuclear winter. The pollution has made headlines around the world as it has worsened, causing myriad health problems, marring cityscapes, and even giving an 8-year-old girl lung cancer. What’s more, the pollution has recently been confirmed to be caused by fossil fuel production, with coal at the forefront.

China’s announcement that it would increase solar capacity also comes just days after a report found that China’s continued dependence on coal would thwart any effort to fight global warming by any other country. That report, led by the UK’s Center for Climate Change Economics and Policy and the Grantham Research Institute on Climate Change and the Environment, recommended China swiftly reduce its dependency on the fossil fuel, otherwise it would be “almost impossible” for the world to avoid a situation where global warming stays below 2°C.

“The actions China takes in the next decade will be critical for the future of China and the world,” the study stated (rather starkly for such a report). “Whether China moves onto an innovative, sustainable and low-carbon growth path this decade will more or less determine both China’s longer-term economic prospects in a natural resource-constrained world, … and the world’s prospects of cutting greenhouse gas emissions sufficiently to manage the grave risks of climate change.”

To get back to the subject of air-pollution — a decade-long study exploring the after-effects of the closure of a coal-fired power plant, with regard to human health, was recently released. The report shows — without any kind of ambiguity — the great cost that such plants have on human health, and, more specifically, on the health of children.

One of the most interesting findings of the research was that “childhood developmental scores and levels of brain-derived neurotrophic factor (BDNF) — a key protein for brain development — are significantly higher with decreased levels of exposure to air pollution in utero.” Not really surprising, but still good to see it spelled-out so clearly.

Another study conducted by the then-director of the Harvard Medical School found that coal cost the United States $500 billion a year in health and environmental impacts. Amazing. Imagine what the global total must be.