One of the more frequent questions that people ask before going solar is how much the solar power system will increase (or not) their home value. If you’re considering selling your home down the road, especially within a few years, it’s an important thing to ask.

Home values and solar grow together, but let’s dive into the specifics a bit more. The study noted above surveyed 23,000 home sales in 8 states, from the years 2002 to 2013. Slingshot Power writes, “for an average size photovoltaic system of 3.6 kilowatts or 3,600 watts, homebuyers were willing to pay as much as $15,000 more than they would offer for the same house without solar energy.” Basically, buyers were paying about $4.00 extra per watt of installed solar capacity, roughly in line with the average cost of solar in the United States. 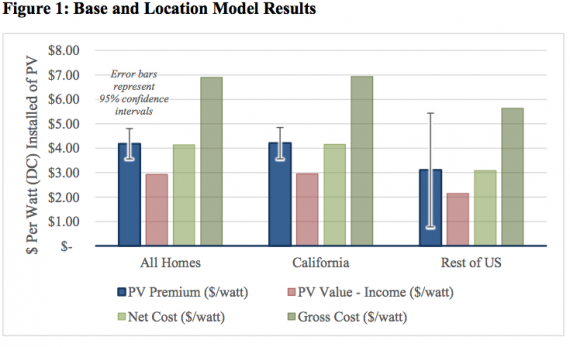 When the systems were larger, buyers were typically willing to pay even more per watt than that. “For example, homebuyers in California were willing to pay nearly $30,000 more for a home with a 5kW system than they would for the same home without solar energy.” That’s nearly $6/watt! 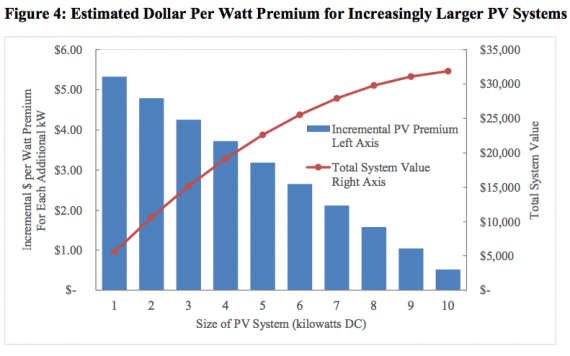 Again, though, it’s not just about the hard cash. Remember that time = money. Selling a home 20% faster can make a big difference as well. $4/watt to $6/watt is already good news, but I’d say that faster selling times make it common sense that it’s better to have a home with solar on the market than one without it.

Of course, it’s a different story for a leased or other third-party-owned solar power system. That typically requires the new homeowner to take over the lease, which can be confusing to them or complicated. Also, lease payments aren’t always the same from “month one” to the last month of the contract. They tend to go up over time. So, consider well the leasing/PPA contract, how it might affect selling your home down the road if you think you might do that, and the solar company’s experience helping to make that process a smooth one.

In the end, though, the point is clear: solar power gives a big boost to your home value, and increases your chance of selling your home quickly if you do put it on the market.

*This article has been kindly supported by Slingshot Power.

Solar Schools — Could Your School Be One?