Dutch manufacturer ZEP introduced its patented solar tile roof last year, but the first use of the innovative roofing material took place on October 7 in the town of Rheden. The tiles are installed on the roof of an historic property known as the Priesnitzhoeve which was built in 1870. Because the solar cells embedded in the tiles are invisible, they do not alter the aesthetics of buildings the way a conventional rooftop solar panel system would do. 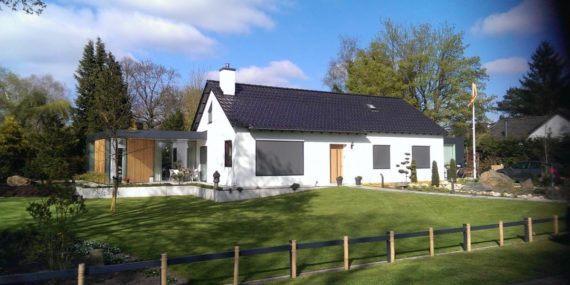 How solar installations look when completed is becoming a concern for many potential customers. Elon Musk, chairman of SolarCity, announced in July that the company is working on a similar product — a solar system that is not a roof with solar panels mounted over it — but rather a single product, roof and solar panels combined into one. Musk claims the SolarCity offering will enhance the look of the homes it is installed on. 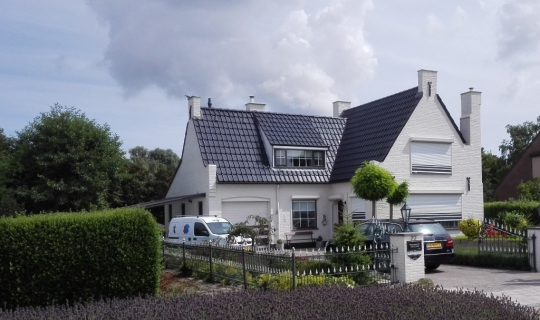 How rooftop solar systems look has been a barrier to installing them in historically protected areas. Often people who own historic properties are not allowed to install solar panels on their roofs because they are prohibited by local building codes or historic district regulations. Several communities in The Netherlands have approved the ZEP solar roof tile and the company expects it will be soon be approved for use in other countries as well.

In Denmark, for instance, the preferred roof is made of red tiles, a color local authorities call “natural red.” The ZEP solar tiles are also available in this color, which should broaden the appeal for solar tiles to countries where red tile roofs are common, such as Italy and Greece. The company is already involved in several projects in the UK, Germany and Scandinavia.

Another benefit that comes from using solar roof tiles instead of full size solar panels is the tiles can fit more easily around rooftop obstructions like dormers, skylights, and chimneys. The net result is that more of the roof’s available area can be devoted to producing electricity. “A lot of people have been waiting for this,” a company spokesperson says. “For instance people who think solar panels on their rooftops are ugly. This solar tile combines the shape of a roof tile with the benefits of solar panels. This is the solar energy of the future.”