A website titled Back Balcombe writes: “Last summer, a company called Cuadrilla came to drill for oil and gas. It did not go well. So the village did what villages do best: they held a public meeting.”

But this meeting resulted in more than complaining. It was one of countless such meetings across the world that led to a clean energy transition. In this case, a clean energy co-op called REPOWERBalcombe.

“They’re building enough community-owned solar power to match the electricity needs of every home in the village. It’s bold, it’s brilliant, and it should be the shape of things to come.”

There isn’t a lot more info there, but there’s an option to sign up for updates, and I did snap a few screenshots that I think are worth seeing: 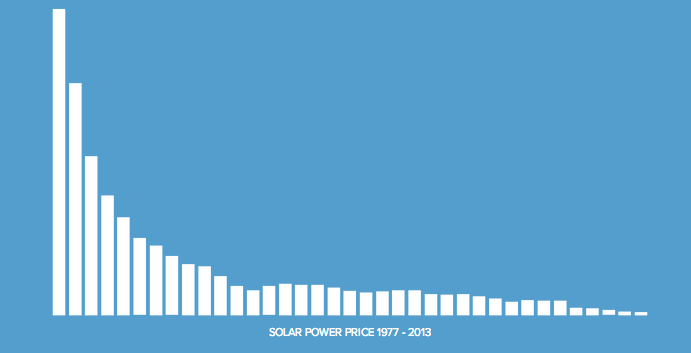 Yes, I’m sure that first one looks familiar to many of you, as it’s the same one we often share but with white bars instead of blue. The source of the data is Bloomberg New Energy Finance.