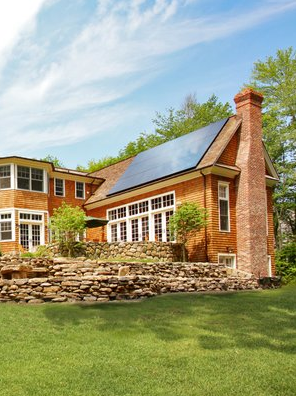 We write a lot about how low solar panel prices have gotten, how much money you can save by going solar, and how many people are going solar. But nothing beats free solar panels, right?

To be eligible to win the sweepstakes, you have to own a home in California, New York, Hawaii, Arizona, or Colorado. The form to enter the sweepstakes is super simple, so give it a shot if you are eligible.

More info on the sweepstakes can be found here. 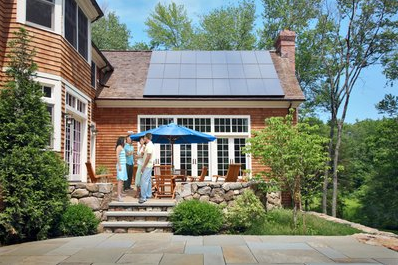 If you enter and don’t win, or if you aren’t eligible but could go solar, there are several reasons you should probably give it a shot. Let’s run down those real quickly.

1. Solar panel prices have dropped considerable in recent years, 80% since 2008. They are now so low that solar power is competing with the cheapest electricity options in countries around the world.

3. Aside from the federal tax credit, there are many state and local government and utility incentives for solar power.

4. All told, the average homeowner who goes solar in the US ends up savings tens of thousands of dollars over the course of a couple decades, if not much sooner.

5. If you ever decide to sell your home, studies have shown that solar power can increase the value more than even the value of the solar system.

6. If you also get an electric car, you can drive it on sunshine… and really save a ton of money.

7. Of course, going solar helps the planet, protects lives and human health, increases our energy independence and security, and creates jobs in your local community and nation (there are almost 150,000 solar jobs in the US today).

Why I Love SunPower 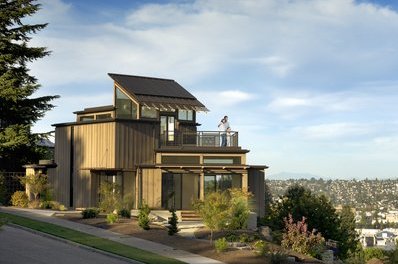 As noted below, I’ve invested in SunPower. And I plan to invest more in the company in the future. The solar power industry is one of the most important industries in the world, and it is also one of the fastest growing — both are good reasons to invest in the industry. Within the industry, SunPower is a clear leader.

As noted at the top, SunPower’s solar panels are the most efficient on the market, the more durable on the market, and the most reliable on the market. SunPower also offers the greatest power output guarantee, under a market-leading 25-year warranty. Founded almost 30 years, SunPower has been a leader for decades, and it seems that it just keeps building on its leadership. I also love that it openly and without prejudice offers solar power via home solar loans as well as solar leasing. It’s hard not to love this company. 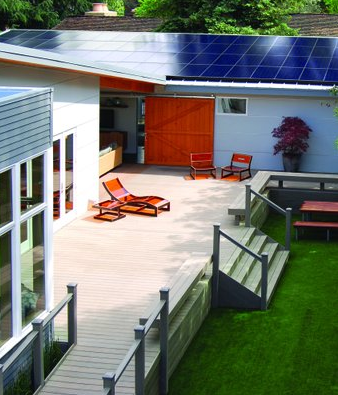 As noted earlier today, SunPower aims to triple its solar manufacturing capacity. With a new solar panel system being installed every 3.2 seconds or so in the US, and similar or even stronger growth in other countries around the world, there will be a lot of winners in the solar marketplace, but I expect SunPower will really do well.

For more on SunPower, check out our SunPower archives, head on over to the SunPower “community” page, Facebook page, or Twitter page.

For more on solar power in general… oh yeah, that’s what this site is all about!

*This article has been supported by SunPower. Also, I own SunPower stock (like I said, it’s one of my favorite solar companies).