OutBack Power is the first company to have its battery-backed inverters approved for use by Hawaiian Electric Companies (HECO), according to a press release on Business Wire. Electricity costs in Hawaii are the highest in the nation at 37 cents per kilowatt-hour — triple the national average. 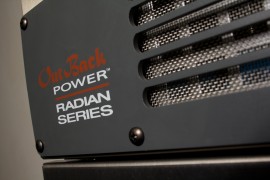 The key to winning approval from HECO is the ultra-fast trip time of an OutBack Power inverter coupled with its built-in battery. Together, those two factors were able to calm  the utility company’s fears about grid instability. Previously, HECO’s renewable energy standards prevented home solar customers from tying in to the grid. Instead, they were forced to go entirely off the grid or get their power solely from HECO.

In the event of grid failure, the battery-based inverters re-engage to protect the loads in the home. Furthermore, because OutBack’s inverters are backed by battery storage, they can absorb potentially damaging voltage surges that are often a concern for utility companies.

“OutBack Power shares Hawaii’s commitment to renewable energy, but, to achieve that goal, energy storage is a requirement. HECO’s certification of our battery-backed inverters validates the market need for energy storage and promotes a new energy future for Hawaii,” said Brandon Provalenko, director of North American sales at OutBack Power. “Our technology will meet HECO’s requirements today and in the future and gives consumers the opportunity to use, store or sell the energy they produce to maximize their solar investment.”

Hawaii has recently announced its intention to transition to using electricity derived exclusively from renewable sources by 2045. By using OutBack Power inverters, residents can now install residential solar systems that will help meet that goal while remaining connected to the grid.

“We like to advertise that we deliver freedom to choose how our clients power their homes and even their vehicles in some cases. In the case of solar electricity, that’s freedom from utilities through energy independence,” said Scott Sparkman, owner of Honolulu-based Mercury Solar.

“OutBack Power’s Grid/Hybrid systems help us make good on that promise, by providing our customers with the choice of staying grid-connected or going totally off-grid with one flexible system and with no worries about the utilities’ rules changing later since their technology can stay ahead of it all.”