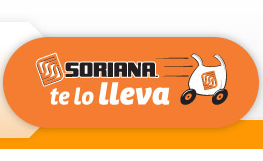 Mexico is a hot solar market, as is Latin America as a whole. Mexico’s tremendous solar resources combined with record-low solar prices have opened the doors to strong solar growth in the country. This 31-megawatt (MW) solar project will be “completely unsubsidized and market-driven.” It will put solar panels on the roofs of 120 of Soriana’s 600+ stores. The projects will use Hanwha Q CELLS, and Hanwha Q CELLS is an equity investor. Hanwha Q CELLS reportedly has a strong pipeline of other distributed solar projects in Latin America as well.

Soriana’s solar projects are projected to cut the company’s energy bills, and locking in electricity from these solar roofs will protect the company against rising energy prices.

Construction company ILIOSS will install the rooftop solar systems and carport solar systems in Soriana’s stores in Mexico City and the states of Mexico, Jalisco, Querétaro, and 12 others.

Sungevity Gets $70 Million In New Financing From E.ON, GE Ventures, & Others