SunPower is the well known leader in solar module efficiency. It has raised the bar yet again with the release of some super efficient ” X-Series Solar Panels.” 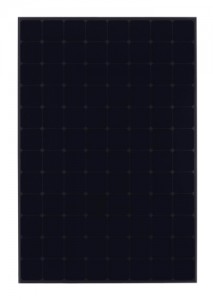 Compared to conventional solar panels, SunPower reports that its X-Series panels should generate approximately 75 percent more electricity over the first 25 years of ownership (on a roof of the same size). By anyone’s standards, that’s impressive.

“The X-Series is made with SunPower’s third-generation Maxeon® solar cells which are built on a solid copper foundation for high reliability and performance.  This foundation makes them virtually impervious to the corrosion and cracking that typically degrade conventional panels.  As a result, SunPower solar panels are backed by the industry’s first combined 25-year product and power warranty.”

That sounds good, doesn’t it?

Well, SunPower has always been known for quality. The tradeoff is that SunPower solar panels cost more than competing solar panels. The question is always what you value more, and what is best in specific circumstances. For residential use, I would guess that SunPower’s panels are best in the majority of situations. I think SunPower agrees, but that doesn’t mean it’s resting. In fact, its continued focus on performance is what led to the X-Series — the company already sat at #1.

“Our research and development teams have been working diligently to surpass the high performance standards set by our SunPower E-Series Solar Panels that are built with our second-generation solar cells.  Today, we are proud to announce the world-record efficiency X-Series product line,” said SunPower CEO Tom Werner. “SunPower has set the bar once again, as we continue to beat our own efficiency records, while delivering the most reliable solar technology on the market.”

For more details on the X-Series, check out SunPower’s news release.