Tesla has just completed the world’s largest battery grid storage facility and did it all in about three months from start to finish. The installation consists of 396 Tesla Powerpack units, each with 16,000 lithium ion battery cells for a total of 210 kWh of capacity in each Powerpack. In total, this one 20 megawatt/80 mWh installation is equivalent to 15% of all the installed grid storage presently available in the entire world. 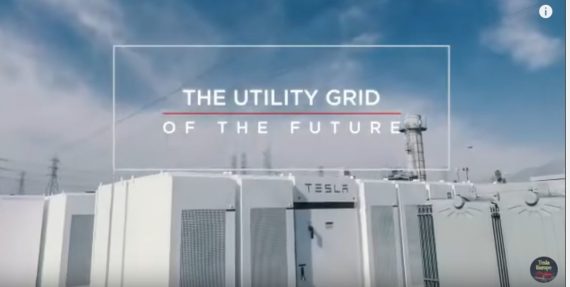 The project came about after Southern California Edison, which is the primary utility in southern California, experienced a major ecological disaster at a natural gas fired peaker plant located in Aliso Canyon near the Los Angeles neighborhood of Porter Ranch. It released thousands of tons of methane into the air before it was sealed last February, according to Bloomberg. Peaker plants are electrical generating stations that remain idle most of the day but are brought online to meet demands that exceed baseload capability, usually in the late afternoon and early evening.

“Batteries can…..meet peak demands with lower emissions than natural gas fired peakers by charging during low demand periods when excess wind and solar energy is being generated, and discharging during peak demand periods, which displaces the need to burn incremental natural gas in a peaker,” said Colin Cushnie, SCE vice president of energy procurement and management, in 2015. California is pressing all utility companies to add dramatically to the amount of renewable energy they produce and distribute.

The new facility is smaller, more flexible, and easier to expand than a peaker power plants. It also requires far less permitting than a normal peaker plant, especially in California which has adopted aggressive greenhouse gas emissions standards that are among the most rigorous in the nation. The speed with which the project was completed is almost as important as the cost. The facility can power 2,500 homes all day or 15,000 homes for four hours.

“There were teams working out there 24 hours a day, living in construction trailers and doing the commissioning work at two in the morning,” says Tesla’s chief technology officer, JB Straubel. “It feels like the kind of pace that we need to change the world. This project is exactly in line with our mission to accelerate sustainable technology and sustainable energy broadly for the world,” he added.

“The Mira Loma site can provide the equivalent energy storage of several hundred acres of solar panels,” Straubel said, adding that the facility “is able to to fit into this tight footprint right next to existing substations, and doesn’t really take up any substantial new land. And every piece of this product — the battery, the battery modules, the power electronics, the inverters — was assembled by Tesla workers right here in the US.” That is huge feather in Tesla’s cap at a time when the putative president is pushing hard for more American jobs in the manufacturing sector.