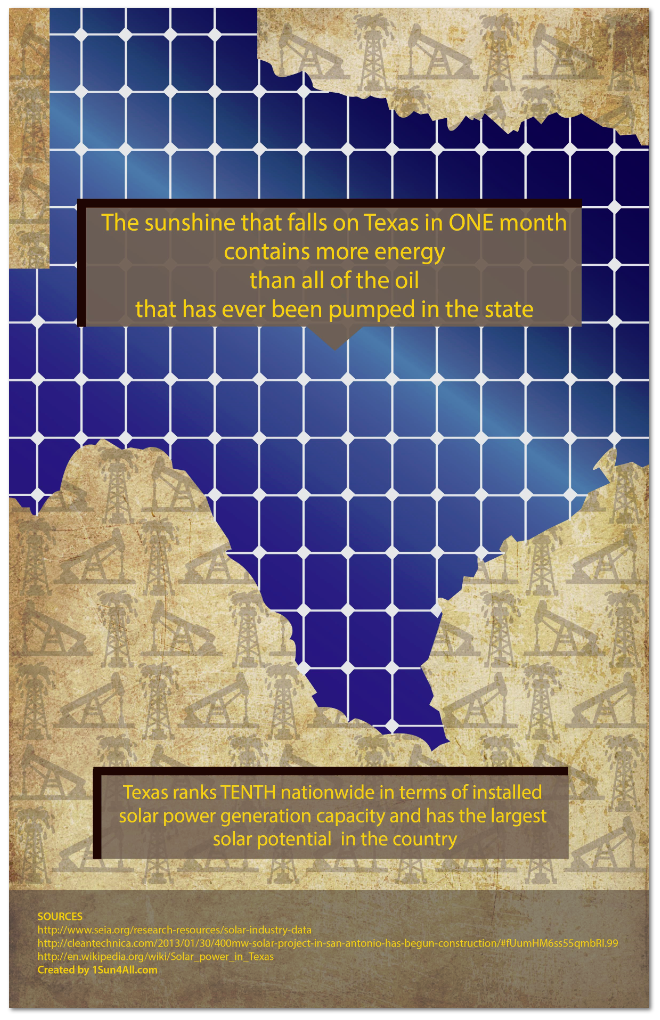 Here’s some additional commentary from CostofSolar.com:

Pretty astounding. Now that the cost of solar is coming down so much, the Texas solar industry is also starting to grow. For various reasons, it isn’t growing as fast there as in solar leaders California, New Jersey, Arizona, New York, Pennsylvania, Hawaii, Nevada, Colorado, and so on… but the average 20-year savings there for people who go solar is still over $20,000. Not bad!

As solar grows and grows, Texas will surely become a solar energy giant, and its solar power output could very easily dwarf its oil production one day. Wouldn’t that be something to see!