A new report was just released by the National Renewable Energy Laboratory (NREL), on behalf of the Energy Department’s Office of Energy Efficiency and Renewable Energy, exploring and illustrating US + global energy statistics over the 2013 calendar year period. 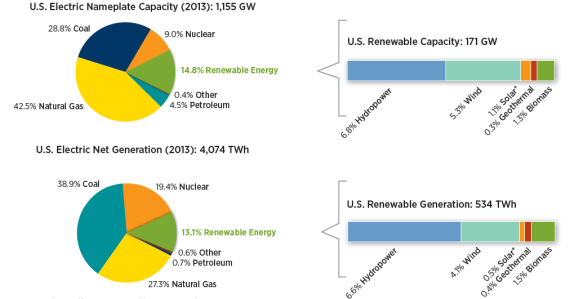 “The 2013 Renewable Energy Data Book is an important resource for policymakers, analysts, and investors worldwide,” stated NREL Energy Analyst Sean Esterly. “Renewable energy trends are displayed in an accessible format for a variety of audiences.” 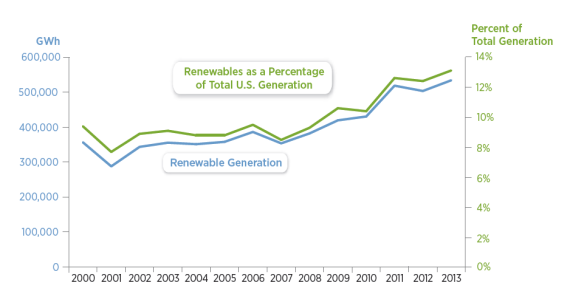 Here are some of the key figures and findings of the report: 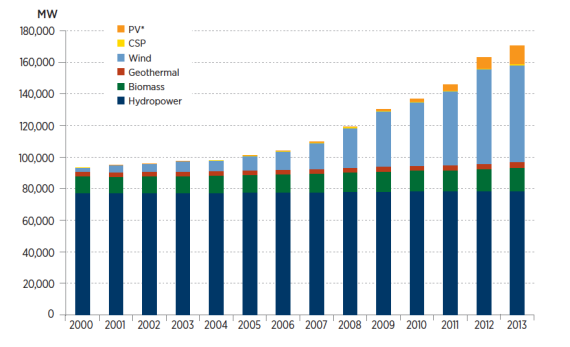 The 2013 Renewable Energy Data Book was produced by NREL’s Strategic Energy Analysis Center. It is available for download here.

NREL also just recently released two reports on the economic trade-offs of owning rather than leasing solar photovoltaic systems, with regard to both residential home systems and larger commercial systems. Those two reports are: Banking on Solar: An Analysis of Banking Opportunities in the US Distributed Photovoltaic Market + To Own or Lease Solar: Understanding Commercial Retailers Decisions to Use Alternative Financing Models.