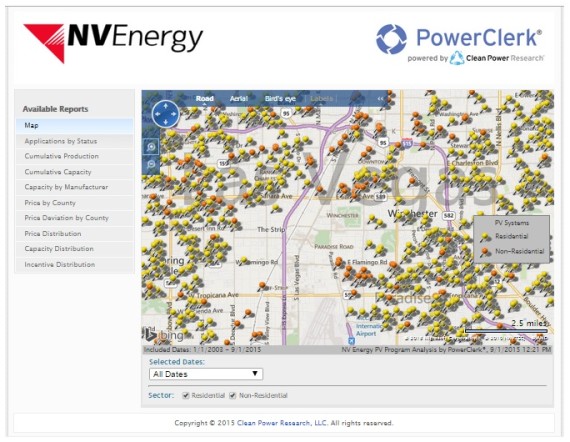 PowerClerk allows utilities to improve the interconnection application processes. For example, NV Energy reduced its interconnection application time by about 63% when it used the system created by PowerClerk. One of the key improvements is the use of electronic signatures, rather than having to use signed paper documents which are moved back and forth via snail mail. Also, the electronic system can more easily collect and store PV data for enhanced project management.

All this means that applicants have faster submission times.

“The self-service capabilities built into PowerClerk are consistently called out as one of its most valuable features. PowerClerk allows applicants to check on the status of their submissions online anytime, and as a result, utilities receive far fewer calls requesting a status update,” said Jeff Ressler, President of Software Services. “It’s a win-win for utilities and the solar industry.”

Interconnection delays cost millions of dollars each year, and one of the ways to reduce them is to streamline the process, which is exactly what PowerClerk has done. Reducing interconnection costs and wait times may at least make a dent in the perception some folks have that solar power is difficult to work with, when it isn’t. It’s different in some ways, and there is a learning curve, but it is not more troublesome.

On its website, CleanPower says it has processed over 300,000 incentive and interconnection applications. These applications are associated with gigawatts of installations. This is the kind of success you typically won’t hear about in mainstream news reporting about solar power. Unfortunately, such news generally focuses on solar “problems” instead of its benefits and successes.

It’s also worth mentioning that CleanPower Research has created a number of jobs over the years.