Japan is the next Germany (when it comes to solar). Its generous feed-in tariff for solar power is sparking a solar boom, and we can only hope that will inspire more countries to follow suit (just wish there was a way Americans could somehow visit, study, and follow the lead of the Japanese and Germans).

News of one major solar development in Japan popped up this week that I think is worth a bit of gawking. ORIX Corporation, which bills itself as “a leading integrated financial services group” announced that it is going to develop “large-scale solar power plants (mega-solar) at 17 sites across Japan with a combined maximum output of 81.6 MW (81,600kW).”

Seriously, that’s no small deal. “ORIX will begin developing projects with a projected annual power generation of 90.48 million kWh, which is equivalent to the annual power consumption of approximately 25,100 ordinary households*.” 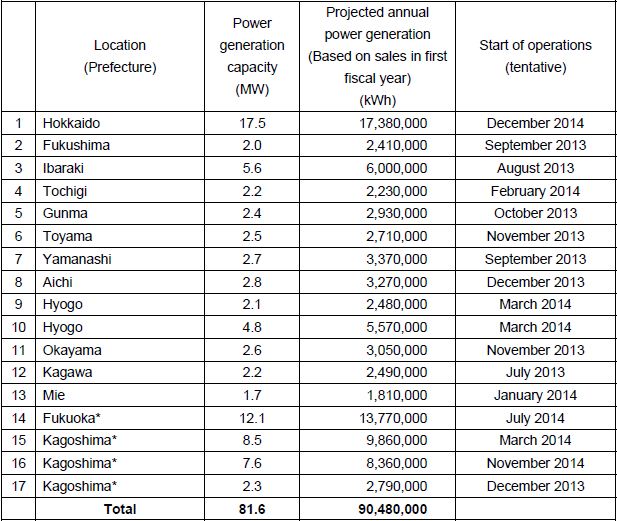 Pretty impressive. Let’s hope for more news like this soon.

* Calculation based on consumption of 3,600 kWh a year per household (Source: Electricity Statistics Information, The Federation of Electric Power Companies of Japan)

Former Airport To Be Covered In Solar In Japan