According to Bloomberg News, AES Corporation, a power producer with operations in 18 countries on 4 continents, has purchased solar developer Main Street Power Co. to expand its distributed-generation business. The sale was a cash transaction and no details have been released. Main Street Power is based in Boulder, Colorado, and will be renamed Distributed Energy. Its current management will be retained. 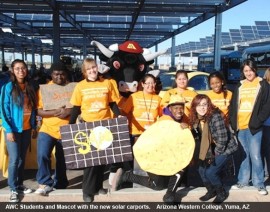 The deal will give AES about 60 megawatts of solar capacity across the US, and another 100 megawatts under development in the US, Caribbean, and Latin America. The Arlington, Virginia–based company currently has about 35 gigawatts of generating capacity and is developing another 7 gigawatts worldwide. AES says the purchase will “foster the development” of distributed generation — solar systems that are installed close to where the energy is consumed, such as rooftop panels. “We see tremendous opportunity to build on and grow the environmental, economic and social benefits that distributed solar generation brings,” said Amory Host, chief executive officer of AES Distributed Energy.