Canadian Solar, one of the world’s largest solar power companies, have modified their financial guidance for the fourth quarter and full year 2017, resulting in increased total solar module shipments for 2017 of nearly 7 gigawatts. 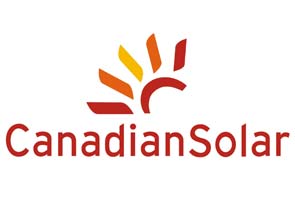 As announced last week, Canadian Solar updated its fourth-quarter and full year 2017 guidance “to reflect timing of certain solar project sales.” Specifically, in its third-quarter financial report announced in November, the company explained that it had entered into definitive agreements with two buyers to sell a portfolio of 6 solar power projects in California amounting to 703 megawatts (MW). These transactions have not been completed yet, subsequently modifying the expected revenue the company will take in during the fourth quarter.

However, that is the only downward shift in Canadian Solar’s guidance modifications, as the company also announced that it was updating its solar module shipments for the fourth quarter, from an original range of  1,650 MW to 1,750 MW to a new guided range of between 1,720 MW to 1,820 MW. Gross margin has also been modified upwards as well, from between 10.5% to 12.5% up to 16.5% to 18.5% (due to low margins on the expected solar portfolio transaction).