Electricity 2.0 — Distributed Renewables Will Change Everything

Forget everything you know about electricity. Distributed renewables will change how we think about energy forever and usher in the age of Electricity 2.0.

Our electrical grids have always focused on one large generating plant in or near major cities serving power-hungry consumers nearby. As people began moving out of the cities and into the suburbs, the electrical grids expanded to keep up with the demand. Eventually, the grids began to overlap and interconnect, but the energy always went from one major supplier to another and then out to consumers. And our grids have always operated on alternating current.

But now, wind, solar, and other renewable energy sources are fundamentally changing how the world thinks about energy. No longer are they just “alternative energy” sources that supplement traditional electrical supplies; they are rapidly becoming our primary means of producing electric power. 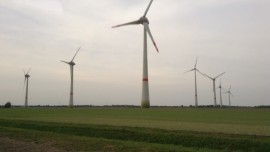 Instead of being concentrated in our cities, most of them are found in deserts or far out to sea. Instead of large, centralized power plants, we now have many small wind farms and solar installations. Instead of being located at the center of our electrical grids, wind and solar electricity feeds into the grid from its margins — something electrical grids were never designed for. Instead of alternating current, most wind and solar resources operate on direct current, something existing grids are not equipped to handle.

Say hello to Electricity 2.0 and the age of “distributed renewables.”

The challenges ahead are significant. Renewable energy is giving headaches to the people who operate traditional electrical grids. For one thing, it is unreliable because it only happens when the wind blows or the sun shines. Grid operators are used to having just enough electricity available — never too much or too little. If a sudden influx of energy arrives because of a breeze over Boise or a sunny day in Sonoma, it upsets the delicate balance of the grid and makes it unmanageable. 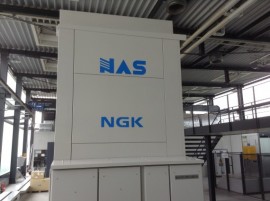 One key to distributed renewables will be large-scale energy storage systems (there are a lot of players in this market) that can absorb those sudden spikes in supply and save them for use later. Another is new technology like HVDC circuit breakers and inverters that allow grid managers to control the flow of energy from renewables and integrate it with conventional grids.

The transition to Electricity 2.0 will not be without conflicts. Already, battle lines are being drawn in the debate about who should pay for maintaining the current distribution system. But despite the disputes, the way forward is clear. The world has to transition away from fossil fuels as quickly as possible for the benefit of all Earth’s inhabitants. The technology is here or will be arriving soon. Electricity 2.0 has already happened — even though not everyone realizes it yet.