Organized by the Middle East Solar Industry Association in partnership with the Ministry of Electricity and Renewable Energy, a two-day renewable energy forum was recently hosted in Cairo, Egypt. Bringing together over 150 government policymakers, investors, and project developers, progress and developments in Egypt’s solar and wind market were presented, and many fruitful roundtable discussions and deal-signing sessions took place. 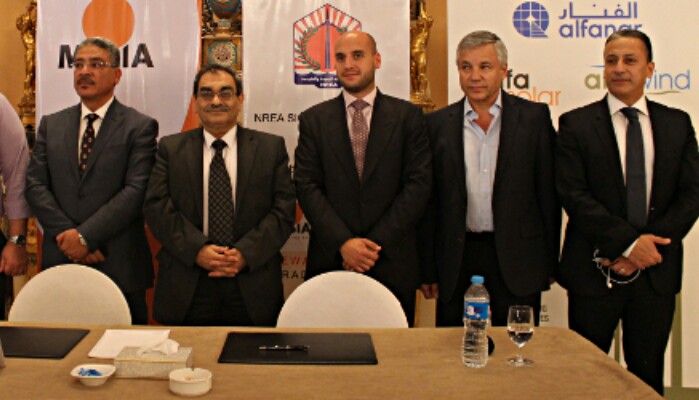 The roundtable sessions during the MESIA Renewable Energy forum were offered to connect local Egyptian industry firms with international solar companies, manufacturers, and investors. Project financing options and grid upgrade requirements were also topics of discussion. The aim was to encourage coalition building between MESIA members and local renewable energy companies interested in expanding in the quickly growing wind and solar manufacturing and energy production sectors.

MESIA President Vahid Fotuhi said: “Egypt’s ambitious goal to generate 20 percent of its energy from renewables by 2020 is both an incredible opportunity and challenge. The unprecedented scale of Egypt’s 4,300 MW round one Feed-In-Tariff programme means that a vast range of stakeholders must work together to deliver success.”

Fotuhi continued: “This underscores the importance of our Trade Mission as an essential bridge between stakeholders – policy makers, the investment community and industry professionals – with the skills, expertise and resources to fundamentally change Egypt’s power sector.”

The MESIA Renewable Energy forum was very successful, with Egypt’s Ministry of Electricity and Renewable Energy signing 7 binding memoranda of understanding (MOUs) valued at $500 million. The 7 MOUs were signed with 5 companies from Egypt, Saudi Arabia, and the United Arab Emirates, and included 100 MW of wind and 220 MW of solar projects under the government’s feed-in tariff (FiT) program.

These new deals follow closely on the heels of Egypt’s Economic Development Conference in March during which 4 similar solar MOUs were signed, including major deals with Canadian solar giant SkyPower Global and Saudi Arabia’s FAS Energy.

In Binban, 25% of the 36 plots for solar projects have now been filled. Egypt’s New and Renewable Energy Authority Executive Chairman Mohamed El Sobki said, “These MOUs reflects the willingness of local and international companies to be active partners in the sustainable energy future of Egypt.” El Sobki continued, “We are confident that the remaining plots will be scooped up soon.”

“Egypt’s electricity demand is growing at one of the fastest rates in the world and the government’s clear commitment to the development of renewable energy, through the creation of bankable policy frameworks and the support of the MESIA Trade Mission, has the potential to create one of the world’s largest renewable energy markets,” said Fotuhi.