Energy Dept. To President Donald Trump: I’m Not Dead Yet!

If you gotta go, you might as well go out with a bang. That seems to be the message from the US Department of Energy to the Trump Administration. In a smack to the face of Trump’s campaign promise to bring coal job back, the agency has just announced a new round of $30 million in funding for technologies that will make it easier for grid operators around the country to pull more solar power into the mix — and accommodate more electric vehicles, too. 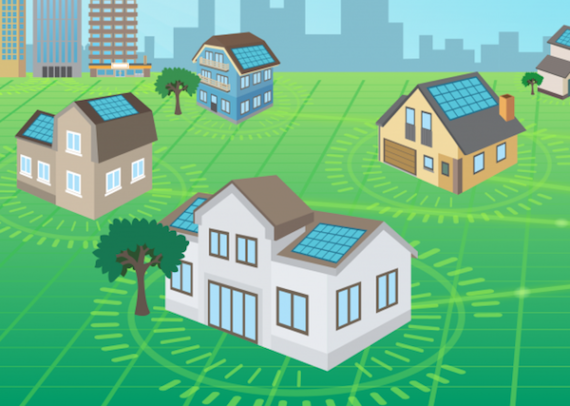 Reports Of My Death Have Been Greatly Exaggerated

Clean energy advocates — such as CleanTechnica — have been concerned about the fate of the Energy Department under the Trump Administration. That’s in consideration of Trump’s well known antipathy to wind power, and the dependency of Republicans in Congress on campaign funding and other support from the fossil fuel industry.

Just a few days ago the Energy Department was reported to be in the crosshairs of massive budget cuts, including the complete elimination of its showcase SunShot solar power program along with that program’s umbrella division, the Office of Renewable Energy and Energy Efficiency (EERE).

Fueling the concerns, the agency hasn’t updated its “News & Blog” page since January 18.

However, EERE is still going at it hammer and tongs. Just yesterday, EERE issued a press release that will make the US solar industry very happy:

The new round of funding will go to 13 projects that fall under the cleverly named “ENERGISE” program, aka Enabling Extreme Real-Time Grid Integration of Solar Energy.

The ENERGISE program is tasked with the development of…

…distribution planning and operation solutions to enable dynamic, automated, and cost-effective management of distributed and variable generation sources, like solar, onto the grid. These software and hardware solutions are highly scalable, data-driven, and capable of real-time system operation and planning.

The whole idea is to leverage modern technologies including sensors, communications and data analytics.

If you caught that thing about “distributed and variable” sources, that pretty much cuts coal out of the loop. SunShot has its eye on the grid of the future:

Distributed variable generation sources like solar energy are a key driver for the transformation of the electric power grid from today’s centralized, static, and rigid system towards a more distributed, dynamic, and flexible system.

EERE Not Dead Yet

Once the Trump Administration catches wind of the new solar funding program, he could move to block it.

In fact, the entire EERE office could go down, but it will go down swinging.

In another in-your-face move, the EERE home page features a timeline reminding everybody of its roots under Republican leadership during the Nixon Administration, as part of the federal response to the 1970’s oil crisis.

President Reagan was not exactly a fan of renewables but his agencies did continue to amp up federal involvement in efficiency and renewables through his two terms in office. His administration even sponsored a two-day conference dipping into the issue of carbon emissions and climate change.

The National Energy Renewable Laboratory was established under Republican President George H.W. Bush (that’s the older Bush, for those of you keeping score at home), who also oversaw the federal government’s first organized push into EV tech under the 1992 Energy Policy Act.

President George W. Bush also regularly promoted renewables throughout his two terms, from 2001 to 2008. The cutting edge ARPA-E funding program was established under his leadership.

Here’s another nugget during that administration, from the EERE timeline:

Coal Stabbed In The Back

Of course, Trump and his Republican supporters could turn their backs on their party’s long history with renewables, and go in a completely different direction.

Ditching EERE won’t save coal, though.

After all, since Election Day Trump hasn’t exactly gone out of his way to start getting those coal miners back to work. For that matter, Senate Majority Leader Mitch McConnell, who represents the coal state of Kentucky, also appears to have written off the coal industry.

Adding insult to injury, Trump’s pick for Secretary of State, Rex Tillerson, has already been instrumental in killing off US coal jobs in his capacity as CEO of ExxonMobil.

ExxonMobil is popularly known for its petroleum operations, but in recent years the company has taken a deep dive into shale gas. That’s been a smart move. So far, the industry consensus is that natural gas has been the primary force beating coal out of the power generation market.

The company has also been shifting its focus to chemical and plastics production. It’s possible that ExxonMobil knows an unstoppable force when it sees one, and is hedging against the day when renewables and EVs dominate the power generation and mobility markets.

To top it off, ExxonMobil has been touting its support for the Paris climate agreement at the expense of coal, though the company will have to make a stronger case if it’s looking to counterbalance 40 years of misdirection on fossil fuels and climate change.

As Secretary of State, Tillerson will occupy the catbird seat in terms of promoting natural gas over coal all over the world, so look out for that.