First Solar continues to expand as the largest solar company in the world. First Solar today announced that it has bought the 250 MW Moapa Solar Project from K Road Power Holdings LLC. 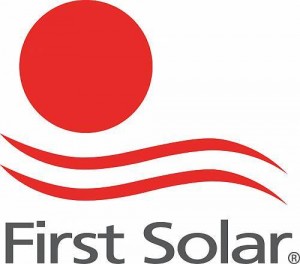 It already has a 25-year Power Purchase Agreement (PPA) set with the Los Angeles Department of Water and Power (LADWP).

“Construction of the project, situated within a 2,000-acre segment of the Moapa Band of Paiutes tribal land, could start as soon as the fourth quarter of 2013, and be completed by the end of 2015. The project is expected to create up to 400 jobs during peak of construction, and approximately 10 permanent jobs when the power plant is in operation. First Solar will design and build the project, using its Cadmium Telluride (CdTe) thin film solar modules.”

“First Solar is proud to participate in this landmark project on lands where it can benefit the economic development of the Moapa Paiute tribe and serve clean energy to the City of Los Angeles,” said Jim Hughes, First Solar’s Chief Executive Officer.

Here are some more project facts: