Rooftop solar power in Florida is under assault. A ballot initiative sponsored by the Floridians For Solar Choice would have prevented the state government or utility companies from imposing “barriers to supplying local solar electricity.” If passed, it would have allowed homeowners to install rooftop solar systems with few upfront costs. It would also have allowed shopping centers to install solar panels on their roofs and sell the electricity to their commercial tenants. Unfortunately, that amendment failed to gather enough signatures to qualify to be on the ballot in November. 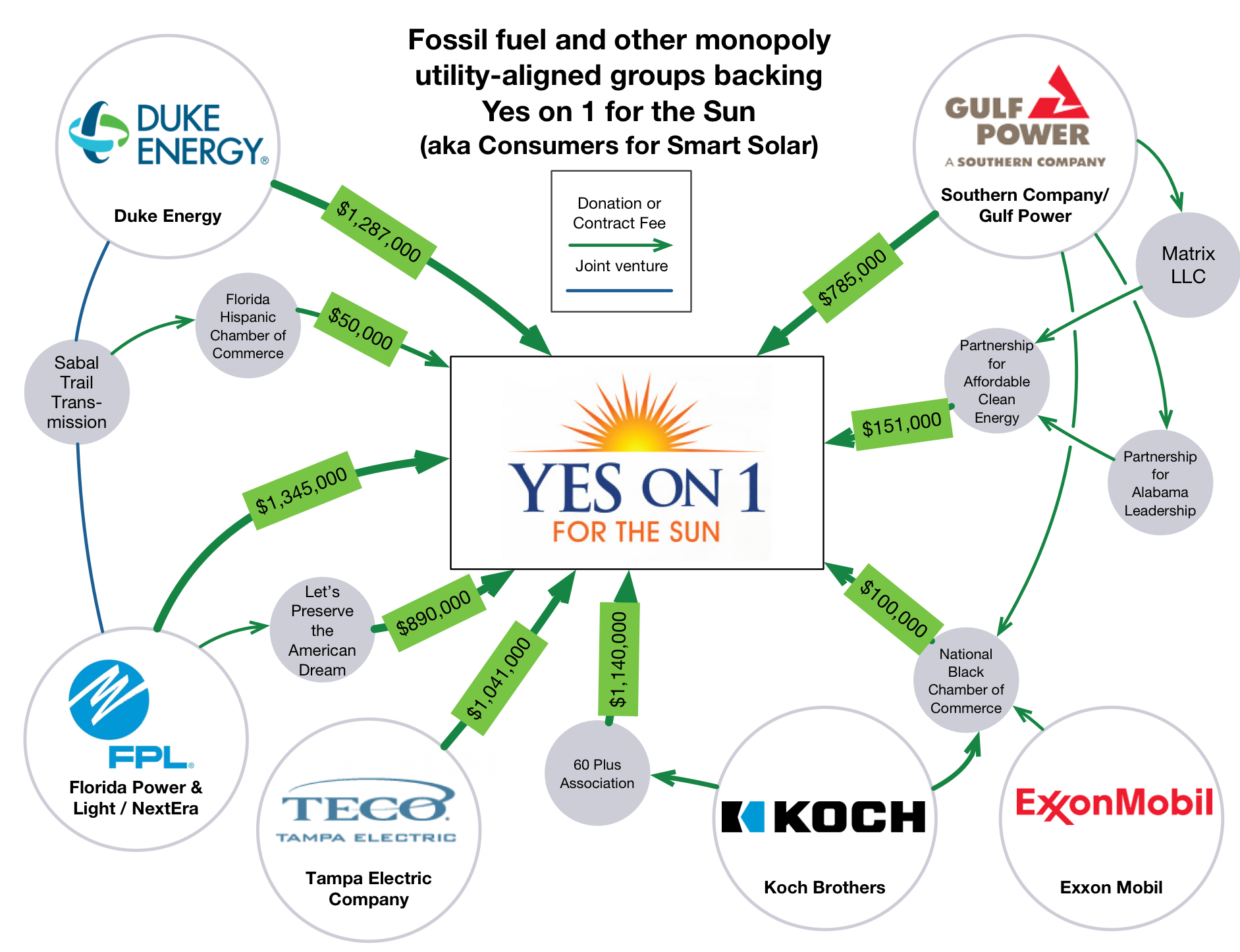 But the state’s utility companies have come up with a ballot proposal that sounds similar to the one Floridians For Solar Choice was promoting. Entitled “Rights of Electricity Consumers Regarding Solar Energy Choice,” it guarantees consumers “the right to own or lease solar equipment installed on their property to generate electricity for their own use.” So far, so good. Then it adds what seems like an afterthought. “[C]onsumers who do not choose to install solar are not required to subsidize the costs of backup power and electric grid access to those who do.”

That last language leaves it up to the state’s public utilities commission to decide such issues as whether local utilities can assess monthly “grid charges” to people with rooftop solar systems and whether utility companies need to compensate them for excess electricity fed back into the grid. Similar provisions imposed by utilities in Nevada essentially put the rooftop solar industry out of business. SolarCity decided to shut down its operations in the state, a move that put more than 500 people out of work.

The Miami Herald castigates the initiative with this headline: Florida’s solar amendment designed to mislead voters. The Florida Supreme Court approved the utility backed ballot initiative, now rebranded as “Yes On 1 For The Sun, by one vote. Justice Barbara Pariente wrote in a scathing dissent, “Let the pro-solar energy consumers beware. Masquerading as a pro-solar energy initiative, this proposed constitutional amendment, supported by some of Florida’s major investor owned electric utility companies, actually seeks to constitutionalize the status quo.”

We like to think that the benefits of solar power are self evident and that solar is about to sweep away old fashioned generating facilities with their noxious fumes and toxic emissions. But as the chart above put together by the Energy and Policy Institute demonstrates, powerful interests — including the Koch Brothers == have deep pockets and are willing to spend millions to protect what they perceive as their God given right to pollute the environment just as long as it is profitable to do so.