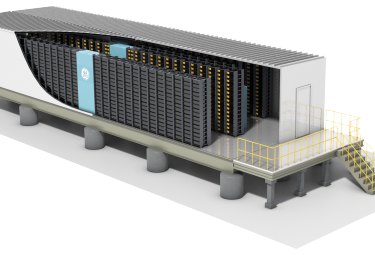 GE announced on August 20 that it will provide Coachella Energy Storage Partners (CESP) with a 30 MW battery storage system as part of CESP’s supply contract with the Imperial Irrigation District (IID)*. The installation will be located in California’s Imperial Valley, approximately 100 miles east of San Diego, and will be GE’s largest energy storage project to date. It will aid grid flexibility and increase reliability on the IID network by providing solar ramping, frequency regulation, power balancing and black start capability for an adjacent gas turbine.

“We chose GE as the energy storage system provider for this project because they supplied the most comprehensive solution at a competitive price,” said Mike Abatti, president of CESP. “GE is well positioned to serve the needs of the project and will remain a stable, reliable technology provider as the energy storage industry evolves.”

GE will provide CESP with an integrated energy storage solution, configured using GE’s Mark VI plant controls, GE Brilliance MW inverters, GE Prolec transformers, medium-voltage switchgear, and advanced lithium ion batteries housed in a GE purpose-built enclosure. The plant will be operated by ZGlobal, an engineering collaborator with CESP, for the first 18 months, after which control will transfer to the IID.

“This project is a game changer to the energy industry and will be one of the largest battery storage plants in the western United States,” said Ziad Alaywan, P.E., a California energy veteran and president & CEO of ZGlobal Inc. “We are confident in GE’s technology and look forward to a successful project.”

“While we always strive to provide competitive pricing, what really differentiates GE is the fact that we listen to our customers and help craft a customized energy storage strategy,” said Anne McEntee, president and CEO of GE’s renewable energy business. “We focus on full system performance rather than individual component pieces, allowing customers to match power production with demand in real time and utilize grid assets more efficiently.”

Construction will begin early in 2015, with commercial operation scheduled for the third quarter of 2016.

*A MWh rating has not been provided by GE.

EnergySage Marketplace Is Your Guide To Rooftop Solar