The solar panel revolution is sweeping across the nation. Costs have plummeted in the past 20 years, but a complete rooftop solar system can still cost more than $20,000 to install. Today’s standard solar panels are only about 15% efficient. There are some that are nearly 25% efficient, but they are too expensive for most residential or commercial applications. 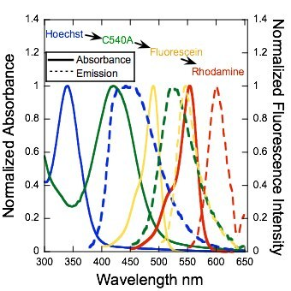 A team of researchers at the University of Connecticut think they have found a way to significantly increase solar panel efficiency. They have created what they call a “green antenna,” which collects the unused blue photons and converts them to lower-energy photons the silicon can turn into electricity. The team, led by Challa V. Kumar, Ph.D., is presenting its work this week at an American Chemical Society (ACS) conference in Boston.

Converting the mostly unused portion of the light spectrum to wavelengths solar cells can use and doing it affordably is not a simple task. To tackle the problem, Prof. Kumar turned to organic dyes. Photons in light excite dye molecules, which can then relax and emit less energy but more silicon-friendly photons.

To get dye molecules to work together, they need to be wrapped individually and densely, while satisfying certain quantum mechanical requirements. The dyes are embedded inside a protein-lipid hydrogel by mixing them together, warming them up and then cooling them to room temperature. With this simple process, the material wraps around individual dye molecules, keeping them separated while packing them densely.

Rather than creating a radio-like antenna, the procedure results in a thin, pinkish film that can be coated on top of a solar cell. “It’s very simple chemistry,” Prof. Kumar says. “It can be done in the kitchen or in a remote village. That makes it inexpensive to produce.”

The journey from laboratory to commercialization is always a long and difficult one. But just imagine how this technology could transform the solar panel industry. Panels that are 30% efficient but cost no more than current panels? Where do we sign up?

EnergySage Marketplace Is Your Guide To Rooftop Solar