It’s no giant, but at 15 MW, the Sheikh Zayed Solar Power Plant is apparently the largest solar PV power plant in Africa. The project is located in the Islamic Republic of Mauritania, a country with considerable solar and wind resources, but also considerable energy poverty. 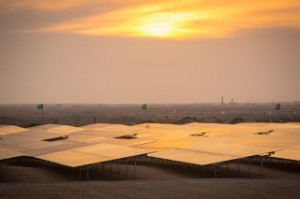 Apparently, the UAE, Abu Dhabi, and Masdar were quite involved in the development of this project. The power plant is even named after UAE founding father Sheikh Zayed Bin Sultan Al Nahyan.

“The UAE’s policy of aiding developing countries was first established by the late founding father Sheikh Zayed Bin Sultan Al Nahyan (may his soul rest in peace),” stated HH Sheikh Saeed Bin Zayed Al Nahyan at the inauguration. “Today, we continue to carry out his vision and legacy, and this solar power plant is a testament to our strong bi-lateral relationship with Mauritania and our commitment to helping create a more sustainable future.”

The power plant was built in Nouakchott, Mauritania’s capital city, for a price tag of AED 117.5 million ($31.99 million). 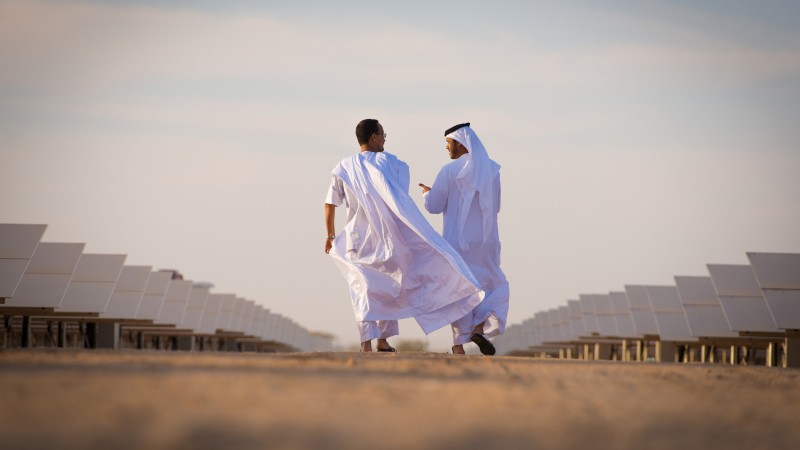 And even though the power plant is just 15 MW, it now represents about 10% of the small country’s power capacity of 144 MW.

Most of Mauritania is powered with diesel generators, a very dirty electricity option, and also one that is now more expensive than solar (even if you don’t quantify the health and climate costs of diesel). But hey, if solar isn’t green enough for you as is (like, for the folks at Masdar), go further.

“The plant, which consists of 29,826 micromorph thin-film panels, was built using innovative and sustainable construction practices,” Masdar added. “In particular, project engineers designed the support structure for the PV modules to be piled into the ground instead of using a concrete foundation, which reduced the project’s carbon footprint and cost.”

Beyond avoiding the use of dirty energy, this solar power plant will also provide electricity to a nation plagued with energy poverty, often living without electricity.

Ain’t that the truth!

Masdar, which I had the opportunity to learn a great deal about in a hosted trip to Abu Dhabi Sustainability Week in January 2013, has other clean energy projects planned or under construction in developing countries, a way for it to “reinvest its hydrocarbon wealth into helping developing countries promote economic development and alleviate poverty.” Here are additional projects it mentioned in its press release: