As the saying goes, there ain’t no such thing as a free lunch. You can’t generate usable energy without some form of impact, whether it’s fossil fuels or renewables, and the Volkswagen “clean diesel” scandal provides ample evidence that technology solutions for fossil fuels are reaching their limit. In contrast, a new “green” thin-film solar cell study by Oak Ridge National Laboratory in the US demonstrates that solar energy has ample wiggle room to earn its clean cred. 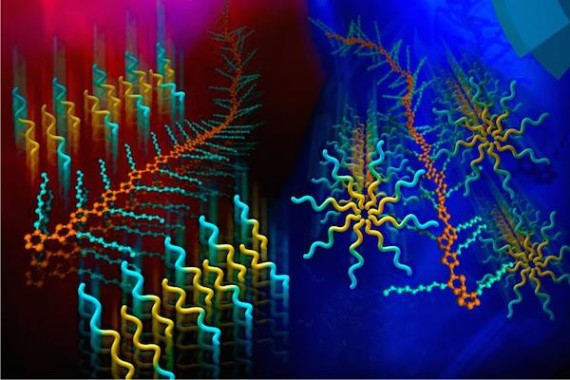 While solar energy is renewable, creating the goods needed to harvest that energy involves impacts all along the supply chain, from mining to manufacturing.

We’ve been spilling a lot of ink on thin-film solar cells partly because, although their solar conversion efficiency can’t match conventional silicon solar cells, they involve a highly efficient manufacturing process that cuts costs and helps to reduce lifecycle impacts. What has escaped our attention — our bad — is that the typical thin-film solar cell manufacturing process involves solvents, which are generally toxic.

Well, group hug for all you US taxpayers. The new thin-film solar cell study from Oak Ridge National Laboratory (ORNL) indicates that the industry could transition out of its dependency on toxic solvents in favor of a more environmentally relaxed solvent called a surfactant, which is fancyspeak for detergent.

If you’re up for it, you can find the study under the title “Controlling molecular ordering in solution-state conjugated polymers” in the aptly named journal Nanoscale.

As described by ORNL, in the manufacturing of conventional thin-film solar cells, toxic solvents are deployed to shepherd molecules of polymers (that’s fancyspeak for plastics) to form nanoscale films. That’s 1,000 times thinner than your hair, for those of you keeping score at home.

To come up with a non-toxic alternative, the ORNL team designed a unique new polymer with a water-repelling “backbone” and water-attracting side chains.

The next step was to put the tailor-made polymer into a solution with a non-toxic surfactant. Like the new polymer, the surfactant also had both water-repelling (hydrophobic) and water-attracting (hydrophilic) ends.

When the research team tweaked the temperature and concentration of the solution, this happened:

“…the surfactant self-assembles into different templates that guide the polymer to pack into different nanoscale shapes—hexagons, spherical micelles and sheets.”

In other words, the surfactant arranges itself in a series of tiny stamps — kind of like nanoscale cookie cutters — that determine the shape of the polymer.

Zhu further notes that the team was able to confirm its findings accurately because the researchers measured the effect of the surfactant in situ (fancyspeak for “in place”), instead of isolating the material or altering their tests.

Accurate in situ measurements can be extremely difficult — think of the difference between measuring the length of an eel while it’s swimming, compared to pinning it out on a board.

For its delicate nanoscale task, the ORNL team designed a test chamber that enabled the use of optical probes while the surfactant was busy doing its work.

So, another group hug for us taxpayers. The research team was based at ORNL’s Spallation Neutron Source, which does this:

“SNS is a one-of-a-kind research facility that provides the most intense pulsed neutron beams in the world for scientific research and industrial development. SNS produces neutrons with an accelerator-based system that delivers short (microsecond) proton pulses to a target/moderator system, where neutrons are produced by a process called spallation.”

That’s just for starters. Along with the spallation, you have your deuteration, which is a method for depositing heavier atoms into the polymer. That makes it easier to pick out contrasts, which helps to define the structure accurately as it evolves over time, from a solution to a solid.

In addition to defining the structure, the test chamber enables researchers to monitor the changing state of the material in real time when exposed to different conditions, including the type of solvent and the temperature, pressure, and humidity.

Don’t run out to Home Depot just yet to get your greener thin-film solar cells. So far, the research team has tested the new non-toxic self-assembly method under increasing temperatures. The next step is to do pressure tests, among other things.

As for so-called “clean diesel,” it looks like you can lump that in the same category as “clean coal.”

Image: “A surfactant template guides the self-assembly of functional polymer structures in an aqueous solution” by Youngkyu Han and Renee Manning, via Oak Ridge National Laboratory.