According to press information, RE-VOLT, has launched an Indiegogo crowdfunding initiative to reach 10,000 people in rural Haiti, bringing families affordable and reliable electricity for the first time. The off-grid company states this will occur through the installation of a system consisting of a solar panel, a control/power storage unit, several lights, and a phone charger.

Customers will be charged a relatively low monthly fee of 250 Haitian Gourdes (about USD $5), and will pay for the service through Digicel’s Mon Cash mobile banking platform. The units themselves contain a cellular antenna allowing RE-VOLT to manage payments and maintenance remotely. 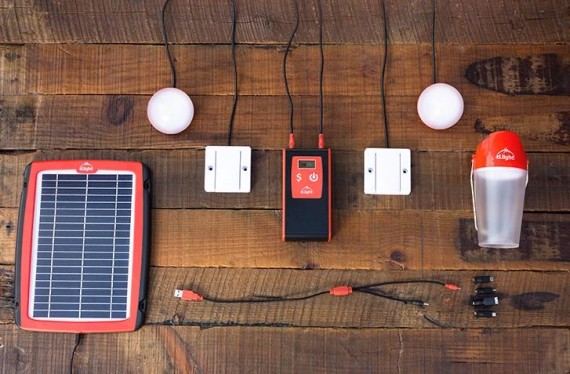 RE-VOLT currently serves over 800 customer households, or about 4,000 people, on the island of La Gonave, one of the most isolated and impoverished communities in Haiti. The problem is some of these families are at the very lowest level of being impoverished. According to We Care for the Poor International, approximately 120,000 people live on the island, all living in very poor circumstances. “La Gonâve is one of the main economically dispossessed areas in a country considered the poorest in the Western Hemisphere where the typical annual income for a family is less than $450,” the organisation write on their website. Divide this annual number by 12 months and monthly family income comes to just $37.30. No doubt, electricity will still be a costly proposition for the poor. 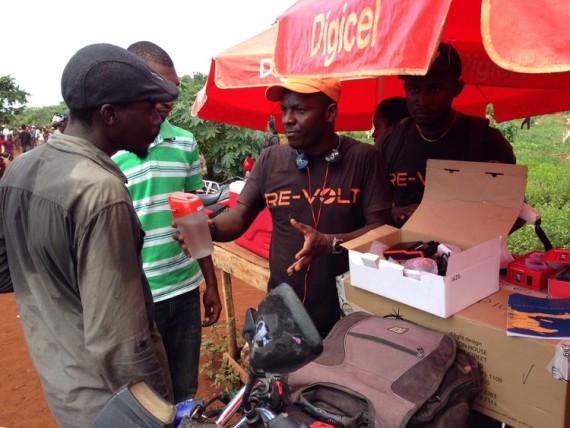 Of note, RE-VOLT was founded by Digicel Haiti chairman, Maarten Boute. A recent press release states that, “Under Boute’s leadership, Digicel Haiti’s subscriber base grew from under 2 million customers in 2010 to over 4.5 million in 2014, when Boute relinquished his duties as Digicel Haiti’s CEO to co-found RE-VOLT along with former Digicel executive, Darragh Dolan.”

Digicel currently reports a strong subscriber base in cities like Port-au-Prince. Growing the business in rural areas was a logical next step, extreme poverty issues aside.

Boute said, “As we expanded our network there, we began to realize how much of a problem energy poverty was. It became very clear to us that there was a huge business opportunity to provide affordable, reliable energy to these people – as well as it being a morally compelling thing to do as well.”

“You would visit these villages and people are spending around a fifth of their day’s wages to pay a guy on the street with a generator to charge their phone,” said Dolan. “It bothered us every time we saw it. There had to be a better way.”

When asked what prompted him and Boute to launch RE-VOLT last year, Dolan said that they both felt that the time was right for a variety of reasons, including higher daily household demand for electricity due to the increasing penetration of power-hungry smartphones, and the plummeting price of solar system components, such as solar panels and batteries.

“There have been massive advances in both the quality of available technologies and their affordability,” added Dolan. “A few years ago the economics of RE-VOLT wouldn’t have made sense. Today, this is a viable business model.”

“One really cool aspect of our business is that we’re creating jobs in the communities we serve,” says Boute. “And for most of our customers, this is the first time they’ve interacted with an in-home service business that is responsive, treats them well and actually stands by a product.”

The creation of jobs here, in a place where few exist, will no doubt stand out as an important contribution in the development of this business.

RE-VOLT recently launched its campaign on crowdfunding site Indiegogo in order to raise the working capital necessary to grow its customer base on La Gonave to 2,000 households or 10,000 people by January 2016.

For those who want to know, here are some facts about Haiti:

Boute and Dolan are enthusiastic about RE-VOLT’s future. According to Dolan, “We think there’s massive potential for us to provide additional services such as wi-fi hotspots, not to mention systems with better power generation and storage capabilities.

The challenging and very real issue of affordability will continue to exist among the impoverished.

90% Of EnergySage Solar Shoppers Choose To Own, Not Lease