Lindsay Wilson is an Aussie living in England. He has a background in economics and has worked for Bloomberg New Energy Finance. Lots of people ask him for advice about rooftop solar systems, but the answers can sometimes get wordy and complex. He decided to reduce everything to a series of graphs so visual learners like me can get what he is saying. One of his goals is to educated homeowners so they know what questions to ask when a slick-talking salesperson from one of the local rooftop solar companies comes calling. With the knowledge Wilson provides, you will know who is legitimate and who is just blowing sunshine up your skirt.

I am not going to reproduce every one of Wilson’s graphs here, but you can view them all at your leisure at his website, Shrink That Footprint. Let’s begin with the first graph, which explains the components of a rooftop solar power system. 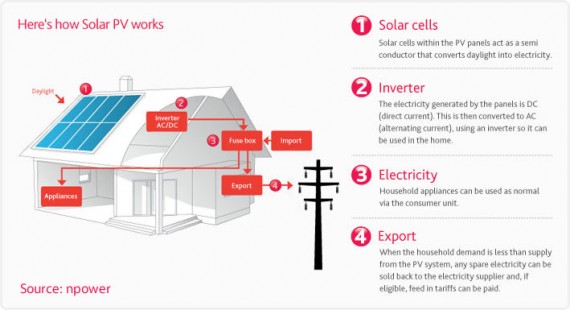 Next are charts showing how much sunlight falls on various regions of the Earth, what is the most efficient orientation of solar panels in your area, and the proper angle of tilt your solar system should have for maximum performance.

Federal, state, and local incentives vary widely in the US. The DSIRE website is a clickable database of all the incentives available to commercial, industrial, and residential customers in all 50 states. It’s worth browsing just to see what incentives are available where you live.

How quickly your solar system will pay for itself depends on what you pay for electricity where you live. Here is a chart of electricity costs for most of the world’s major countries. You will see that electricity in the US is much lower than many other countries, except in Hawaii, which has some of the most expensive utility rates anywhere.

Here’s one chart that shows how much carbon dioxide each country spews into the atmosphere per kilowatt-hour of electricity generated. It shows you why China, which gets most of its electricity from coal, has such problems with air pollution. And if you think China has a problem, just take a look at India! 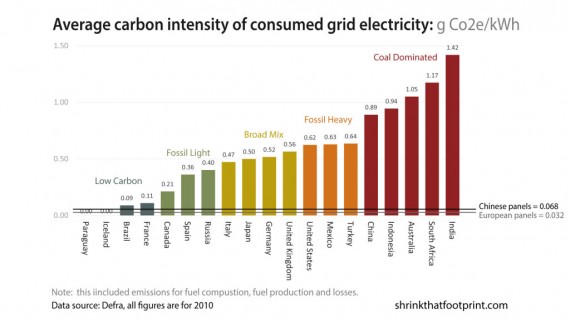 Now let’s look at two charts that show who the biggest solar panel manufacturers in the world are and how efficient the panels manufactured by each company are. Efficiency is a critical performance parameter. More efficient panels can save you more money (or not). Just note that the top chart was based on 2013 figures, and there was some rearranging of the table in 2014, including the rise of Trina Solar to #1. 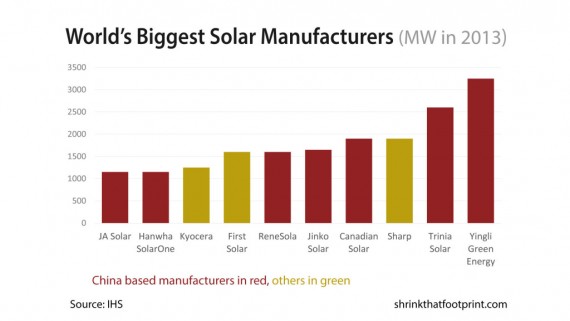 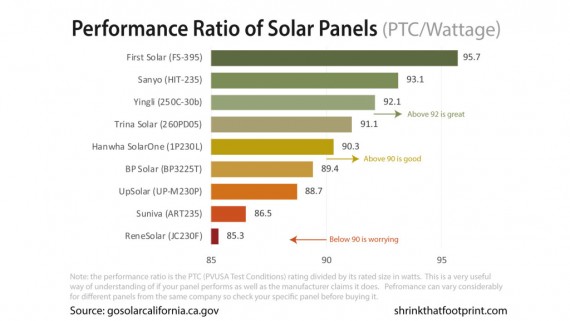 Finally, let’s look at the top inverter companies. The inverter is a vital piece of any solar power system. It converts the direct current (DC) that comes from your solar panels to the alternating current (AC) you need to run your household or to feed electricity back into the grid. If you have battery storage capability in your system, the inverter has to be able to charge your battery with DC current and then convert that to AC to power your home on demand. The following chart on the leading inverter companies is again a little out of date (for example, ABB acquired PowerOne a couple of years ago), but it is still worth a look: 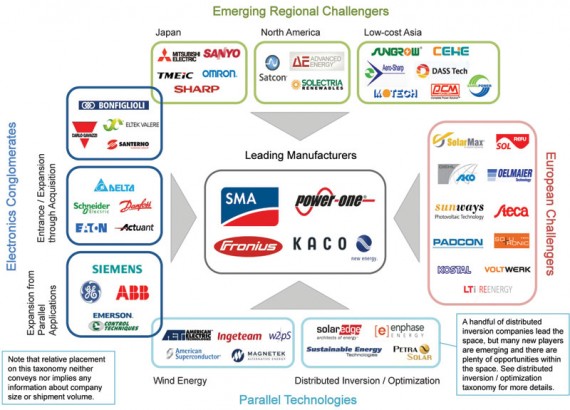 Inverter efficiency is very important because the device converts electricity from AC or DC sources several times. If it is less efficient, some of the electricity you are paying for will be lost every time a conversion takes place. The losses between a high0efficiency inverter and a less efficient one can mount up and be very substantial overall. Here’s a link you can use to see the efficiency ratings of many popular inverters.

Now when that solar salesperson comes knocking on your door,  you will have all the information you need to discuss the solar panels and inverters you want, right? The only thing missing from Wilson’s presentation is a way to compare various battery storage systems. Rest assured that we will be sharing that information with you just as soon as a reliable source becomes available.

Build Your Own Solar Station