A research team at Sharp Corporation has announced that it has created a solar cell capable of converting 44.4% of incoming sunlight into electricity. The solar cell is of the “concentrator triple-junction compound” type, which basically is a lens-based system that focuses sunlight.

The high conversion efficiencies that we see with compound solar cells are due to several photoabsorbing layers typically made from indium and gallium. Sharp’s record-setting solar cell uses three layers (InGaP top, GaAs middle, and InGaAs bottom), as you can see on the illustration below:

Comparing to the best efficiencies of solar panels on the market today is not really fair, as these solar panels are cost-competitive. A better comparison would be against other research cells in NREL’s Best Research Cell Efficiencies.

The last record (44.0%) was set by the NREL III-V Multijunction Photovoltaics Group in November, 2012. 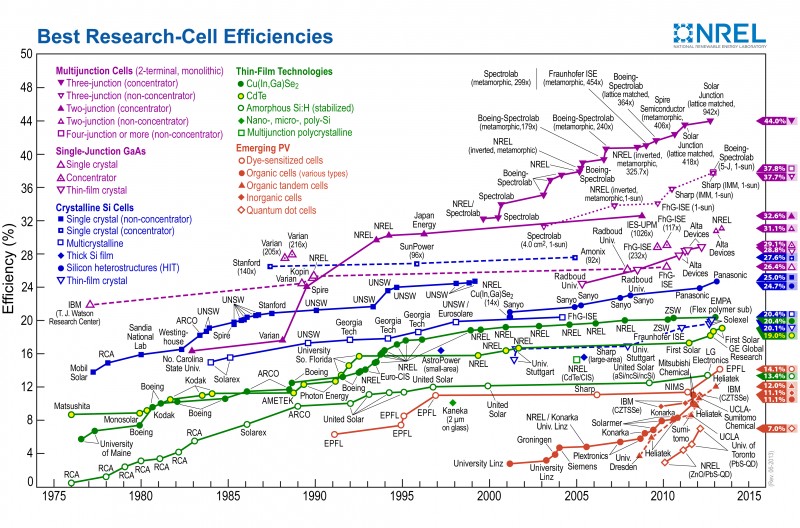 Compound solar cells are mostly used in space satellites where high conversion rates and good space-efficiency are more important than costs. Sharp is looking to use the technology of compound solar cells in terrestrial applications in the future.

EnergySage — A Closer Look At “The Expedia Of Solar”