The thin-film solar energy technology firm Siva Power has brought former First Solar executive Bruce Sohn on as its new Vice Chairman of the Board, according to recent reports. 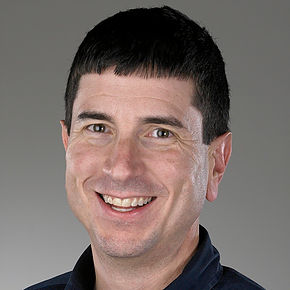 The hire is notable since Sohn has been credited as being one of the main driving forces behind First Solar’s impressive growth over recent times. Previously, Sohn had held various leadership positions at Intel.

Sohn’s stint at First Solar began in 2003 as a member of the Board of Directors. He then became the company’s president in 2007. While President, First Solar achieved a number of historic milestones, including becoming: the first manufacturer to bring costs below $1/watt; the first to develop, engineer, procure, and construct more than 1 gigawatt (GW) of utility-scale solar energy projects; and the first to ship over 1 GW of production in a year.

Siva Power CEO Brad Mattson commented on the hire: “If I had my choice of any executive in the world to join our team, it would be Bruce Sohn. What he achieved at First Solar speaks for itself, and it says a lot about Siva and where Siva is going now that someone like Bruce has joined us. We’ve consolidated the best and the brightest minds in the thin-film solar industry and Bruce Sohn is a special addition to that brain trust. It was under his leadership that First Solar, the only American thin-film PV success story, became what it is today. His guidance and leadership will be invaluable to Siva going forward as we become the next success.”

“Siva has made impressive progress on its advanced thin film technology,” Sohn continued. “While the solar industry has steadily improved its position as a leading generator of clean, renewable energy, we are still at the threshold of the upcoming growth phase. Terrawatts of clean power are yet to be installed and there is opportunity to make thin film solar the lowest cost, most environmentally friendly solution to power the planet.”