In an on-air Google Hangout today, Recurrent Energy CEO and Solar Energy Industry Association (SEIA) Chairman Arno Harris noted that more solar power capacity is projected to be installed in 2013 than from any electricity source other than natural gas. And, by 2016, solar energy may actually be the #1 source of new power for at least one year.

That’s pretty astounding. Just a handful of years ago, solar power was tremendously more expensive than other electricity sources (and nearly absent across the U.S.). But, as noted in a SEIA press release about 2012’s solar numbers, and later in the Google Hangout referenced above, the average price of solar systems has dropped 70% in the U.S. since 2000, and the past few years have seen especially steep drops.

Putting some of those points into visuals, here are some charts and graphs regarding recent solar price drops, courtesy of SEIA (click any of the images to enlarge): 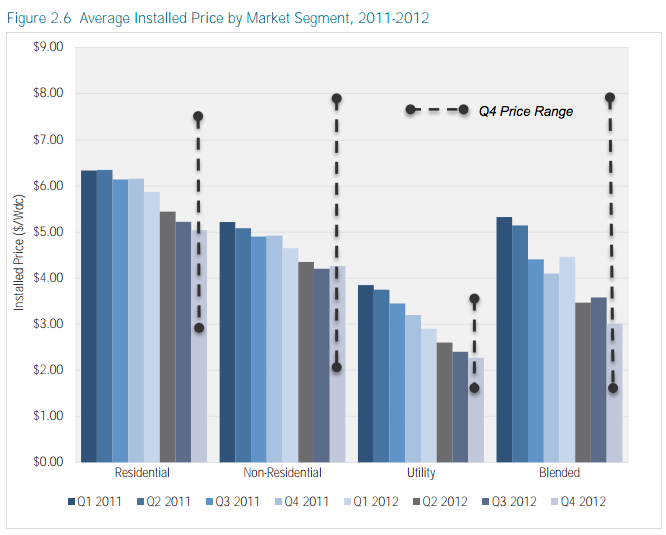 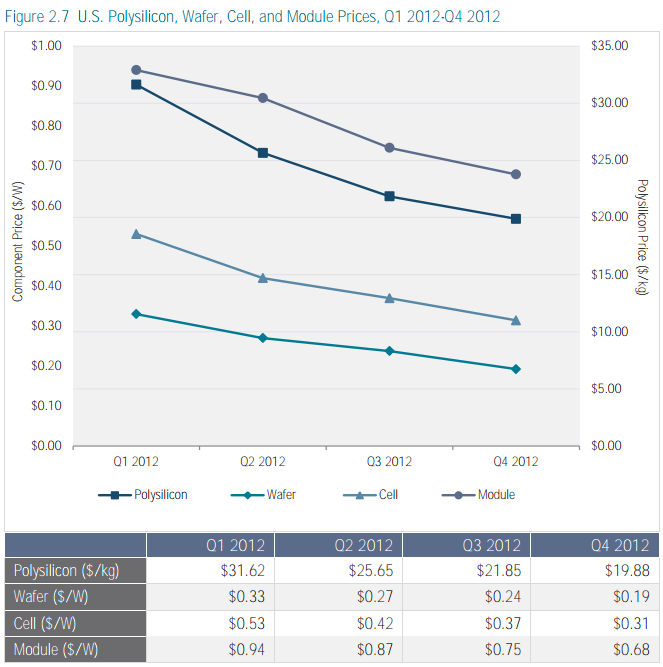 And here are some on solar power growth and projected growth in the U.S.: 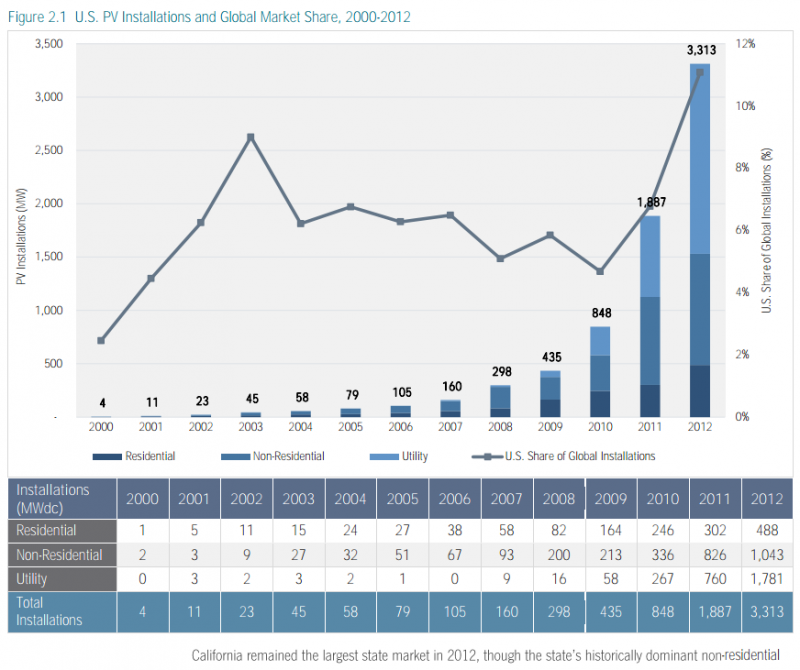