If you’re unfamiliar with the World Solar Challenge, it’s an event where universities and research institutes create solar cars and race them 3000 kilometers (1864 miles) across the hot, dry landscape of Australia. Pretty cool. This year, Solar Team Eindhoven (STE) of Eindhoven University of Technology (TU/e) is doing something a bit different than normal, as it has created a “solar-powered family car” for the race. 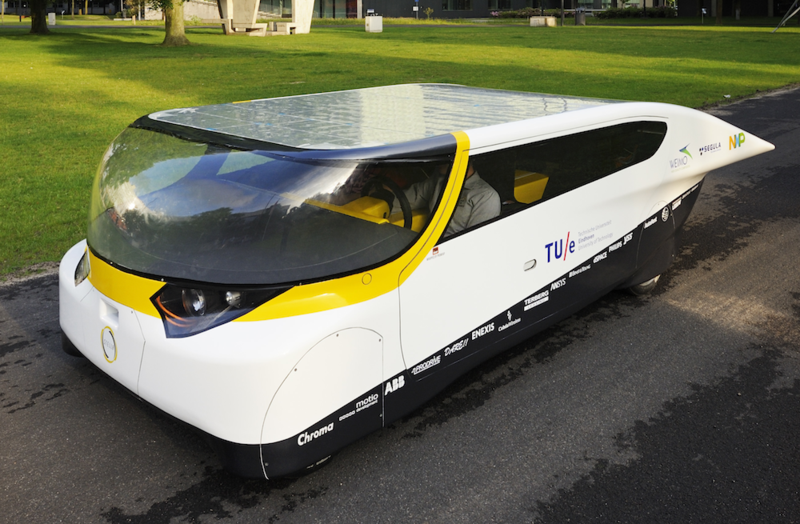 Naturally, the car is extremely aerodynamic and is made with lightweight materials like carbon and aluminum.

“Intuitive driving is enabled by a steering wheel that expands or contracts when driving too fast or too slowly,” Green Car Congress notes. “STE will have the car officially certified for road use to prove that this really is a fully-fledged car.”

“The car will factor in all available information, such as weather, road and traffic conditions in determining its optimal cruising speed,” Stella’s webpage states.

Stella is competing in the “Cruiser” class. In this class, practicality and user-friendliness are the focus, rather than creating the fastest solar-powered car possible.

The 2013 World Solar Challenge is scheduled to commence on October 6 and end on October 13.