Solar-powered energy generation is really a game changer, but you probably know that already if you’re on SolarLove. Folks who come here to read about solar are those catalyzing change, implementing solutions, dreaming about a cleaner and more independent future – the Doers, not the Talkers, if you will. Solar doesn’t just allow people to produce power, but it is a truly disruptive technology that democratizes energy production. Democratization is the process of making something accessible to everyone and that is exactly what solar does for energy.

Friend of the site Renaud Janson shared some figures from 2014 with us that really put this into perspective:

Although the final numbers aren’t yet fully available, the total worldwide cumulative installed PV capacity at the end of 2014 is expected to be around 185 GW.

To only have 36 GW of utility scale capacity, less than a 5th of the total, is a good sign that PV is, and remains, a decentralized energy source, whose present and future is on residential and commercial rooftops and parking lots.

With so much solar being generated on rooftops of homes and businesses, power is shifting from large, central power generators utilizing natural gas, nuclear, or coal to those who consume the power. It takes what would normally be a monthly expense and turns it into an asset for your property while conveniently getting rid of that pesky electricity (or hydro in Canada) bill.

Those stats really emphasize the relationship between utility-scale solar installations and residential solar installations, but the power of solar goes far beyond that. Before solar, one’s options for generating power at home were fairly limited. We were able to dry our clothes via the sun, cook in solar ovens, maybe set up a hydropower generation facility if there was a stream or river on the property (which is at risk as climate change–induced droughts become more prevalent), and possibly geothermal generation if it made sense on your property and you had the (significant) capital to cover the installation.

Installing a residential solar photovoltaic (PV) system on the rooftop of a home or business changes all of that. The system can be sized to fit the consumption needs of the home – including electric vehicles (EVs), if they are a part of the family — and can even be scaled up in size as needs change. For instance, I initially started with a small 5-panel PV system and have scaled it up over the years to 17 panels today — which more than covers the usage of both of our EVs and all of our other electricity needs. 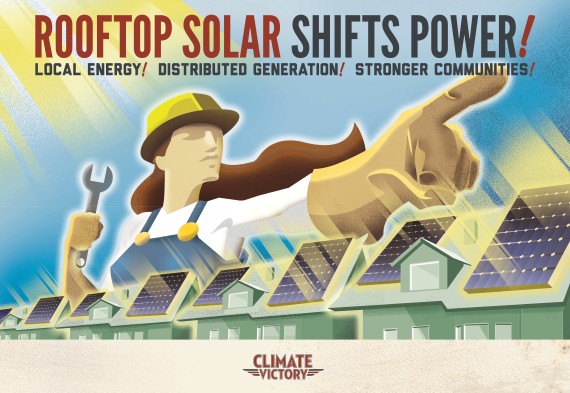 Locally generating power at the point of use also effectively eliminates transmission losses, which the US Energy Information Administration estimates to be 6% of the electricity transmitted and distributed. Applying this to the 4,093 billion kilowatt-hours of electricity generated in the US (EIA estimate for 2014), we find that we generate 246 BILLION kilowatt-hours each year in the US just to move that power around. It’s effectively the cost to “ship” the power… which we can almost fully eliminate through local generation of solar power.

With residential batteries becoming increasingly more common, the balance of power is further decentralized, putting more power into the hands of the people, as a residential battery storage installation allows one to generate their own power including absorbing peak generation and supplying for peak and nighttime usage.

Finally, with energy consuming a large percentage of the income of the poor in developing countries, small-scale solar empowers them to shirk the bonds of energy poverty to stay up later, read more, breathe less pollution from kerosene lanterns – single-handedly bringing revolutionary, positive change. Many nonprofits have been started to tap this specific market, expanding beyond just providing light to add USB chargers, central batteries, and small, wired rooftop solar panels. 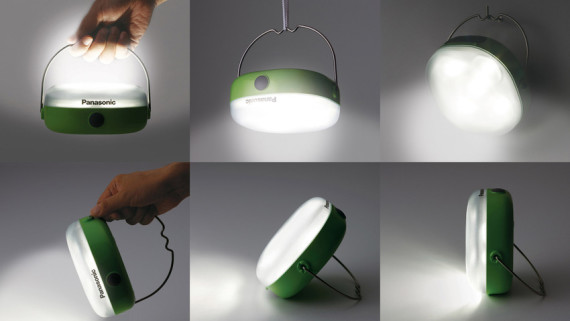 Kyle Field I'm a tech geek passionately in search of actionable ways to reduce the negative impact my life has on the planet, save money and reduce stress. The more you know, the less you need.