Need some solar energy facts or solar power facts? This page is aimed at becoming the best go-to source on the web for solar facts… if it isn’t already. The solar facts below are succinct and organized by categories and subcategories. To help improve the page, please feel free to add any solar facts you are aware of in the comments below… or correct ours if we’ve got any wrong. If you do either of those things, just be sure to include a link to a reliable source — we want to be very careful here to check the facts before publishing them. Cool? Cool. 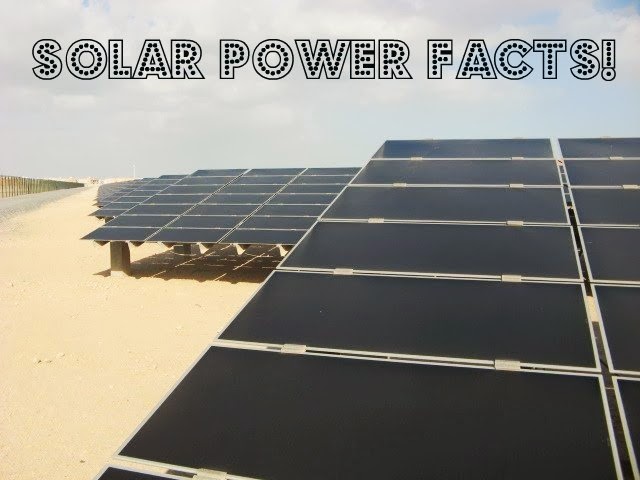 The main categories below are:

Now, on to the solar energy and solar power facts!!

The large majority of solar power around the world has been installed under feed-in tariff (FiT) programs. Very simply, a feed-in tariff program ensures that people who install solar power systems can then sell the electricity generated from those system back to the grid for a set price over a designated period of time. The goal of such policies is quite simply to increase solar power investments and growth, and therefore help drive down the cost of solar power systems. The specifics of the program can vary in numerous ways, such as:

Even though it was not yet called that, US President Jimmy Carter implemented the first feed-in tariff for solar. “While not called a feed-in tariff, the first form of feed-in tariff was implemented in the US in 1978 under President Jimmy Carter, who signed the National Energy Act (NEA).” Germany, however, pioneered the concept when it enacted its “Stromeinspeisungsgesetz” (StrEG) — or, “Law on Feeding Electricity into the Grid” — and even more so when it restructured that law as the Act on Granting Priority to Renewable Energy Sources (“Erneuerbare Energien Gesetz”, German Renewable Energy Act). As Wikipedia notes:

Germany’s new feed-in tariff made a number of important changes to its previous policy:

Since it has been the most successful, the German policy (amended in 2004 and 2008) often provides the benchmark against which other feed-in tariff policies are considered.

Indeed, FiTs have now been implemented in numerous countries around the world and have seen varying degrees of success, but the benchmark and by many standards most successful FiT today is Germany’s.

Net metering is a similar system for paying people for the electricity their solar panel systems generate and send back to the grid. Unlike FiTs, net metering isn’t as strongly geared at stimulating faster solar growth — it’s more geared at “fairly” paying someone for electricity they don’t use and send to the grid. (However, note the “Value of Solar Tariffs” discussed below, which are more geared at paying people for the true value of the electricity their solar panel systems generate). As the US Solar Energy Industries Association (SEIA) summarizes:

Net metering allows residential and commercial customers who generate their own electricity from solar power to feed electricity they do not use back into the grid. Many states have passed net metering laws. In other states, utilities may offer net metering programs voluntarily or as a result of regulatory decisions. Differences between states’ legislation and implementation mean that the benefits of net metering can vary widely for solar customers in different areas of the country….

Net metering is a billing mechanism that credits solar energy system owners for the electricity they add to the grid. For example, if a residential customer has a PV system on the home’s rooftop, it may generate more electricity than the home uses during daylight hours. If the home is net-metered, the electricity meter will run backwards to provide a credit against what electricity is consumed at night or other periods where the home’s electricity use exceeds the system’s output. Customers are only billed for their “net” energy use. On average, only 20-40% of a solar energy system’s output ever goes into the grid. Exported solar electricity serves nearby customers’ loads.

Solar Chargers: The Best 12 Options You Can Buy Today

Net metering and feed-in tariffs are basically precursors to Value of Solar Tariffs (VOSTs). A VOST is actually geared at taking solar power’s various benefits into account (zero CO2 emissions, zero air and water pollution, peak power production, lack of need for new transmission, job creation, a price hedge against other electricity-generation technologies, etc.) and coming up with a set rate that a utility should pay for electricity generated from solar power.

The key with such a policy is deciding which benefits to include and how to calculate the benefits — this can sometimes or often be quite debatable. Early applications of such a concept have varied considerably.

Most states with RPS programs have associated renewable energy certificate trading programs. RECs provide a mechanism by which to track the amount of renewable power being sold and to financially reward eligible power producers. For each unit of power that an eligible producer generates, a certificate or credit is issued. These can then be sold either in conjunction with the underlying power or separately to energy supply companies. A market exists for RECs because energy supply companies are required to redeem certificates equal to their obligation under the RPS program. State specific programs or various applications (e.g., WREGIS, M-RETS, NEPOOL GIS) are used to track REC issuance and ownership. These credits can in some programs be ‘banked’ (for use in future years) or borrowed (to meet current year commitments). There is a great deal of variety among the states in the handling and functioning of RECs and this will be a major issue in integrating state and federal programs.

In cases of RECs, “multipliers” may also be used to give more worth to electricity from certain sources. For example, if a multiplier of 3 were given to solar, one MWh from solar would be worth 3 MWhs from a “standard” REC.

Property Assessed Clean Energy (PACE) financing is one of my favorites ways of supporting solar energy investments. Wikipedia (naturally) has a good summary of what PACE financing is:

In areas with PACE legislation in place municipal governments offer a specific bond to investors and then turn around and loan the money to consumers and businesses to put towards an energy retrofit. The loans are repaid over the assigned term (typically 15 or 20 years) via an annual assessment on their property tax bill. PACE bonds can be issued by municipal financing districts or finance companies and the proceeds can be used to retrofit both commercial and residential properties. One of the most notable characteristics of PACE programs is that the loan is attached to the property rather than an individual.

A key benefit of PACE financing is that a person can start saving money immediately through cuts in their electricity bills, assuming the electricity benefits beat the extra property tax payments… which they should.

DSIRE includes more information on specific property tax incentives across the US.

One would think solar mandates would have come onto the scene sooner, but they are actually a brand new policy in the United States (I’m not sure of their implementation outside the US).

The city of Lancaster (California) in early 2013 announced that it would implement a mandate requiring that new homes be constructed with solar panels. The policy goes into action on January 1, 2013.

Another Californian city, Sebastopol, soon followed with a similar mandate. However, in Sebastopol, the mandate is for commercial buildings as well as homes.

Another basic is a jurisdiction’s permitting requirements for solar power systems. As we recently wrote here on Solar Love, two great sites for solar permitting information are SolarPermit.org and ProjectPermit.org. Read that article for a rundown of the differences between the two highly useful sites. And DSIRE includes information on permitting incentives.

Of course, there are many more details to each of these policies, and there are other policies worth noting. If you think something else should be included here, feel free to drop a note and even a paragraph or more in the comments below. Additionally, the DSIRE Solar Policy Guide is a great place to go for more information.

Since we have two great articles on this on the site already, I will simply direct you there. To learn more about the facts related to how solar power works, check out:

Anything to add? This page will be updated regularly in order to keep it the #1 source on the interwebs for solar energy and solar power facts.