A new solar power fact sheet and report were recently published by the Mercom Capital Group, a cleantech communications and research firm. Some of the key findings showed decreases in solar power funding, but there were some good signs too. 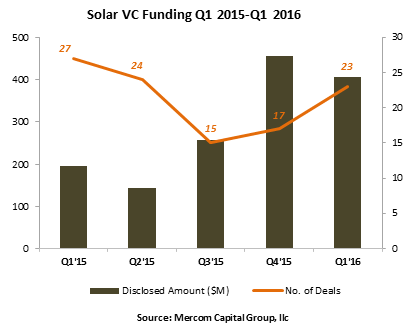 Total corporate funding decreased to $1.7 billion for the second quarter, compared to the figure for the previous quarter, which was $2.8 billion.

Global solar venture capital funding declined to $174 million compared with the figure from the previous quarter, which was $406 million. 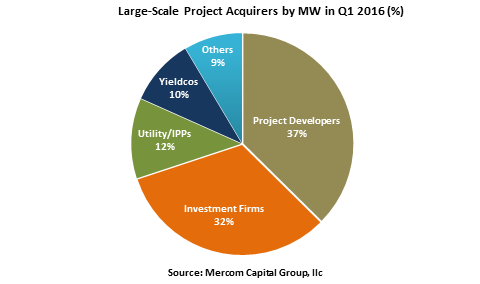 For residential and commercial solar funds, there were $1.36 billion in the second quarter versus $1 billion for the previous one. Leaders in this area were SolarCity, Mosaic, and Sunnova Energy. 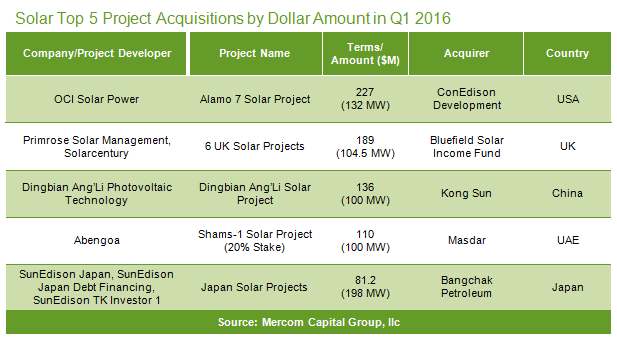 For the second quarter, there were 38 large-scale solar project acquisitions worth $1.9 billion. The value of the same kind was $1.2 billion for the previous quarter.

The top venture capital funded companies for the second quarter were:

The total of the announced large-scale acquisitions was 2,067 MW, which was the lowest in a while.

The conditions in the second quarter may have carried over from the first, which was a little down, “It’s a tough environment out there. Solar public companies in general have had a difficult time raising capital at depressed market valuations. Yieldcos, which accounted for significant financial activity in the debt and public markets last year, have faded this quarter. On the bright side, VC funding held up well, securitization deal activity picked up and residential/commercial funds raised a billion dollars in Q1,” explained Raj Prabhu, CEO of Mercom Capital Group.

India To Add 4.8 Gigawatts Of Solar Power This Year