Solar3D Says It Will Create Manufacturing Prototype This Year

Solar3D has been pretty aggressive on the PR front for a few years now. It has made a lot of announcements about efficiency breakthroughs, proof of concept, patent applications, etc. Well, it has apparently now announced that it is finally going to create a manufacturing prototype this year, and is poised to enter the solar market in 2014.

“We are focused on bringing this breakthrough technology to market,” Jim Nelson, the CEO of Solar3D, recently said. “We are on our way to the next major step – the production of a manufacturing prototype, which is required to undertake a pilot production run this year. The pilot run will prove the 3D Cell’s performance characteristics in a production environment and lead us to a manufacturing partner and entry into the marketplace by 2014.”

We’ll see. In the meantime, here are a couple images that the company put together (via its technology page): 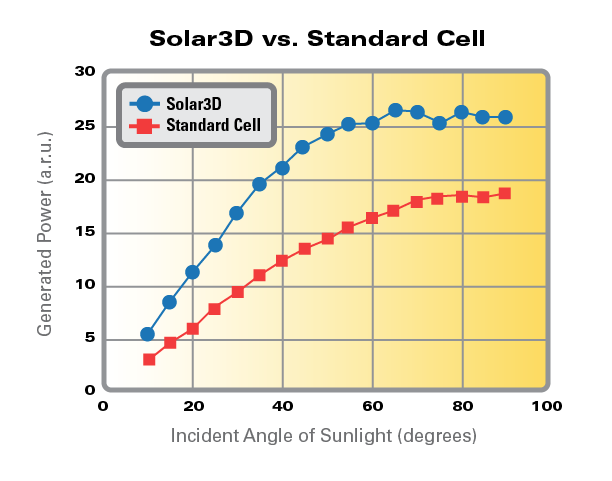 Tesla And Panasonic Will Expand Relationship To Include...