Sunstation, a new BIPV solar roof system designed with an eye to aesthetics, is now available from Solarcentury and primed for mass marketing with favorable pricing to make it competitive with conventional post-construction solar rooftop installation pricing. 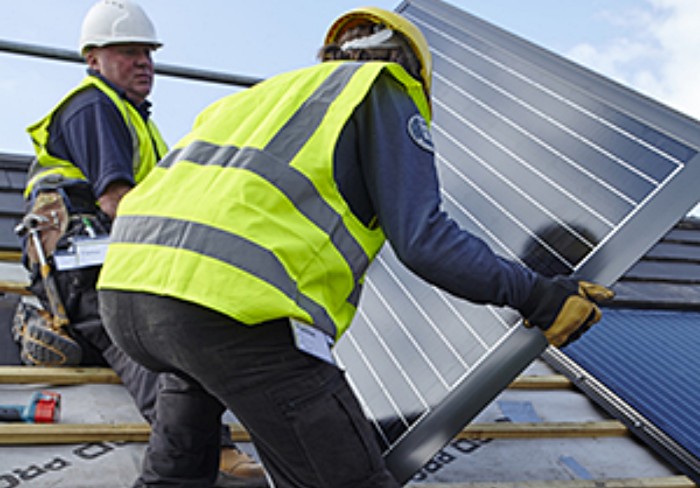 Announcing that its new BIPV system puts “old-school solar in the shade,” Solarcentury recently introduced Sunstation BIPV to UK solar industry installers. Priced to be competitive with high-quality on-roof systems, Sunstation has been designed after careful consideration and expert input from architects, engineers, and installers.

With 10 years of extensive BIPV technical knowledge, Sunstation is the latest addition to Solarcentury’s award-winning BIPV solar panel products. “We have pioneered BIPV since the early days of solar,” said Solarcentury CEO Frans van den Heuvel. He added, “In 2005 we launched C21e, our range of BIPV solar tiles and slates that has already won numerous awards including the Queen’s Award for Innovation.”

Beautifully designed to be elegantly inconspicuous, Sunstation’s sleek black panels are completely flush with the roof shingles. There’s no unwieldy sub-frame, because BIPV solar panels sit low to the roof battens. Additionally, the BIPV panels click together, so the Sunstation system is quick and easy to install. Solarcentury points out that “an average-sized Sunstation system comprises around half the number of parts required for a typical on-roof system.” With the Solarcentury Sunstation design consisting of only 7 elements, the BIPV solar system can be easily installed in one day.

Jon Sturgeon, Head of Product Development at Solarcentury, explained, “Our research tells us that 90% of installers believe there will be considerably more adoption of BIPV if the price matches on-roof systems.” Sturgeon added, “We also know that homeowners have always wanted a solar option that preserves the look of their roof. That’s why we have designed Sunstation using sleek black modules that sit completely flush with the roof. Now available without the premium price tag of other BIPV products, Sunstation is ready for mass-market adoption.” 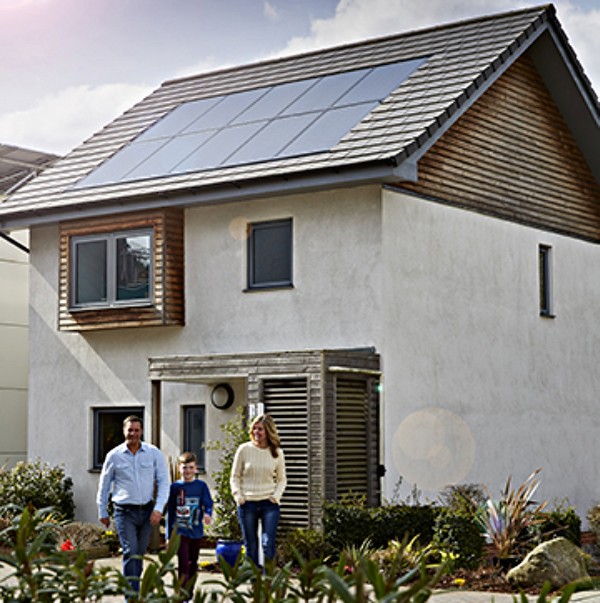 With the recent launch of Sunstation, Solarcentury offers the first BIPV solar modules available to the wider solar industry that do not need to be assembled by hand. Because of the low number of Sunstation system components, and the components’ ability to be manufactured on the main PV factory line, the new BIPV solar system has become cost competitive with conventional on-roof solar panel systems.

With 10 years of expertise, and with huge technological improvements as the BIPV market has matured, Solarcentury Sunstation BIPV solar modules are tested and certified to the same industry standards as the roofing it will replace. Solarcentury CEO van den Heuvel states, “Sunstation sets the bar for what installers and consumers can expect from roof solar systems. It proves that residential solar can be easy to install, can look great on the roof and it’s affordable too.”

Not only offering an aesthetically appealing face to rooftop solar, Solarcentury is the visionary parent company behind SolarAid, an international development charity it established in 2006.

The goal of SolarAid is to eradicate the brutally expensive kerosene lamp from Africa by the year 2020. To do this, SolarAid is focusing on facilitating a widespread distribution of affordable solar lamps into remote rural regions. According to Lighting Africa, SolarAid’s trading subsidiary SunnyMoney is now the largest seller of solar lights on the African continent, selling 30 percent of all solar lights in Kenya and 70% in Tanzania.

Supplying 5% of its annual profit to SolarAid for its work, Solarcentury states, “Although 5% feels practically painless, we’ve been astounded by the global step-change our donation has triggered.” Solarcentury adds that it is proud to support SolarAid in this staggeringly critical endeavour. “We give of our time as well as our profits. And in return, SolarAid gives us an endlessly renewable sense of purpose.”