American rooftop solar installer Sunrun has revealed the terms of its planned IPO — it aims to raise as much as $309 million in the IPO.

The Silicon Valley–formed and backed rooftop solar installer announced plans to file an IPO in June, and has now revealed that its shares will initially be priced at between $13 and $15, set to trade on the NASDAQ under the symbol “RUN.”

In its filing with the SEC, Sunrun noted that it intends “to use the net proceeds … from this offering for general corporate purposes, including working capital, operating expenses, and capital expenditures.”

Sunrun has been growing rapidly over the past few years, being able to expand recently into South Carolina, increasing its market out of its homeground in the US Northeast and Southwest. On top of that, Sunrun announced earlier this month the decision to sign with SolarEdge as its “preferred supplier of optimized inverter solutions available for use in Sunrun’s home solar installations.”

“Sunrun has focused on integrating innovative technologies into our business so we continue to deliver the best experience to new and existing customers,” said Paul Winnowski, chief operating officer of Sunrun, at the time of the announcement. “We’re excited to partner with SolarEdge to ensure Sunrun customers have high quality home solar systems resulting in increased energy production and lower electricity costs.” 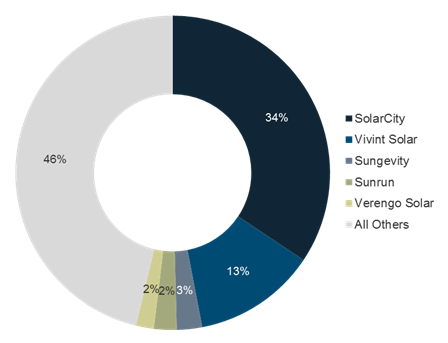