Donald Trump is ignorant about a lot of things but none more so that solar power and wind energy. Campaigning in Pennsylvania on Monday, the Republican nominee went on a rant against solar and wind. He criticized both for being way too expensive. 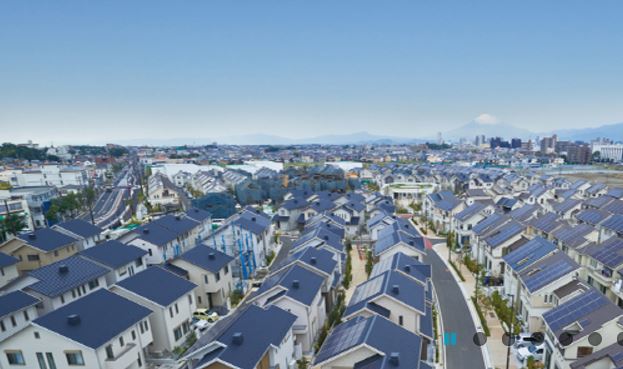 “It’s so expensive,” Trump whined. “And honestly, it’s not working so good. I know a lot about solar. I love solar. But the payback is what, 18 years? Oh great, let me do it. Eighteen years.” All of which proves beyond a reasonable doubt that he actually knows next to nothing about solar energy.

In fact, the cost of solar has declined 70 percent since 2008, according to the Solar Energy Industries Association. The return on investment for a homeowner in California is nine years. In New Jersey it is seven years.

Solar is also the fastest growing source of electricity generation, accounting for 64 percent of new capacity in the first three months of this year. Solar installations are set to nearly double in 2016 over the previous year.

Trump’s comments are in line with his clueless maunderings about global climate change. He constantly pumps the tires of the coal industry and promises to reopen closed coal mines. He also promises to withdraw the United States from its commitments to the other nations of the world made at the COP 21 climate change conference in Paris last December.

Writing for Bloomberg, Paula Dwyer wrote recently, “Not only do Trump’s energy policies misunderstand supply and demand in this market, he seems to be winging it, letting industry officials all but write them.” Speaking about natural gas recently, he had to ask an aide what LNG stands for.

Like George W. Bush, Trump is far more concerned with the welfare of his wealthy and powerful friends than that of ordinary people. While thousands were suffering inside the Super Dome in New Orleans after Hurricane Katrina, Bush went on national TV to promise Senator Trent Lott that his house on the Gulf would be rebuilt.

Trump has nothing but sympathy for Robert Murray, CEO of Murray Energy, one of America’s largest coal mining companies. “I have friends that own the mines. I mean, they can’t live,” he says. “The restrictions environmentally are so unbelievable where inspectors come two and three times a day and they can’t afford it any longer and they’re closing all the mines. It’s not going to happen anymore, folks. We’re going to use our heads.”

Trump’s propensity for shooting from the lip is his greatest weakness. His pontifications mark him as someone devoid of intellectual capacity. He seldom thinks about any subject beyond the most cursory and superficial level.

Solar and wind power now cost less than traditional energy from burning fossil fuels. Donald Trump and his short sighted one liners will not make America great again. He will make America a pariah among ther nations of the world.