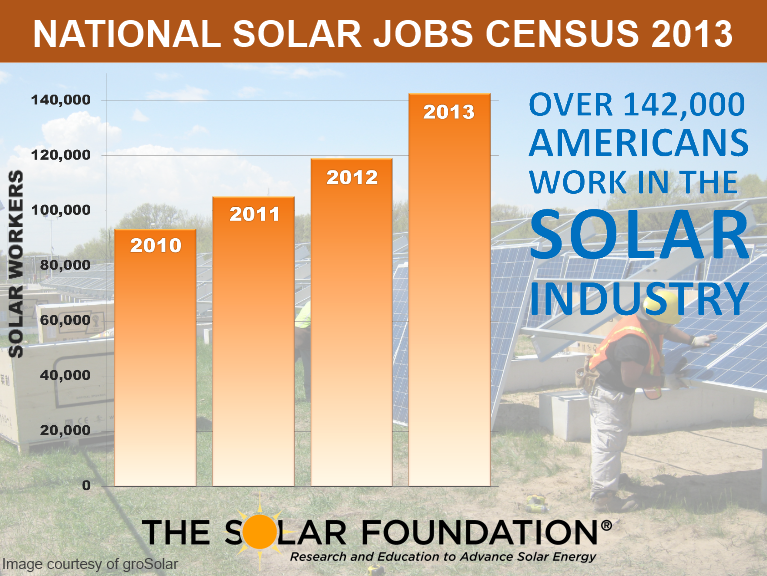 Aside from the above, here are some key findings from National Solar Jobs Census 2013:

Here’s more in a slidedeck shared by The Solar Foundation.

Price Of Solar Much Lower Than You Think