Specifically, the study, conducted by economists at global consulting firm The Brattle Group, found that utility-scale solar PV systems were more cost effective at achieving the economic and policy benefits of PV solar than rooftop or residential-scale solar was.

The study, Comparative Generation Costs of Utility-Scale and Residential-Scale PV in Xcel Energy Colorado’s Service Area, published Monday, is the first of its kind to study a “solar on solar” comparison.

“Over the last decade, solar energy costs for both rooftop and bulk-power applications have come down dramatically,” said Dr. Peter Fox-Penner, Brattle principal and co-author of the study. “But utility-scale solar will remain substantially less expensive per kWh generated than rooftop PV. In addition, utility-scale PV allows everyone access to solar power. From the standpoint of cost, equity, and environmental benefits, large-scale solar is a crucial resource.”

The Brattle Group also summarised the results of their comparison in a handy infographic: 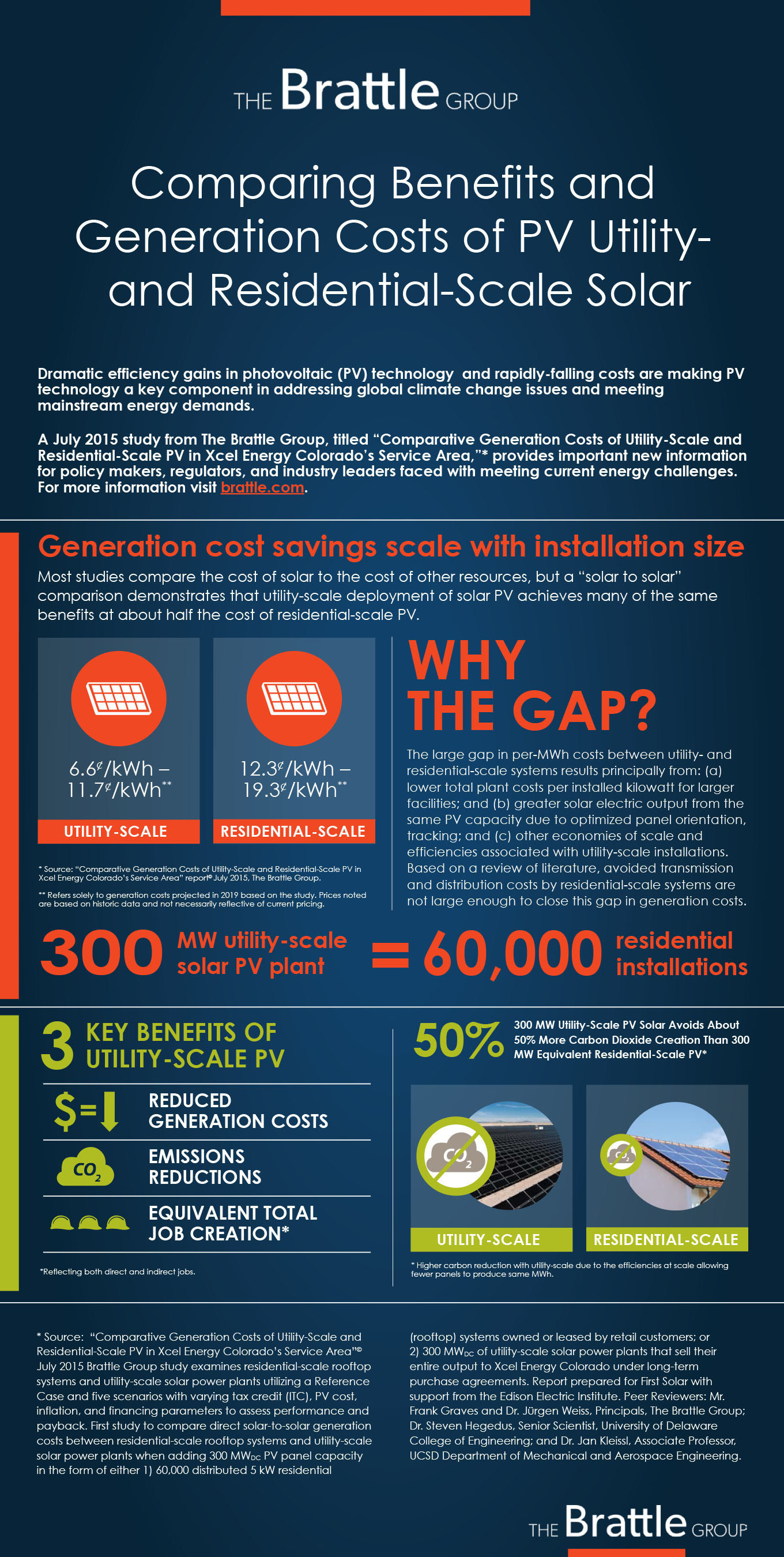 The specifics of the study’s findings, which imagined a 2019 Xcel Energy Colorado system, are as follows:

The authors of the report put these figures into perspective, including the national average for retail all-in residential electric rates in 2014, which were 12.5¢/kWh.