The UK startup Oxford Photovoltaics has just announced a second round of funding for 2015 that brings its haul for the year to $19 million. That enables a big step forward in the company’s R&D plans for solar cells based on perovskite materials — those promising but pesky crystals that could help lower the cost of solar energy down to the ground. 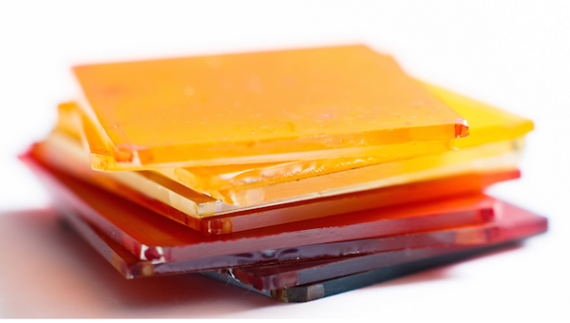 For those of you new to the topic, perovskite refers to a class of crystalline materials that can be synthesized easily (and cheaply) in the laboratory. The structure is based on the naturally occurring perovskite mineral, discovered in the Ural mountains in the 19th century.

With a killer combination of low cost and high efficiency, perovskites could be very useful in the solar industry except for a couple of hitches. One main problem is the crystals tend to wilt under humidity.

Oxford PV has been on our radar since 2013, when the company (a spinoff from the Snaith lab at Oxford University) announced a solar conversion efficiency of 15.4% for its perovskite solar cell.

Since then, the company has added two more iterations, printing thin-film perovskite solar cells onto CIGS solar cells and glass. Here’s the rundown from the Oxford PV website:

“Pioneering work developing perovskite thin-film solar cells has delivered a route to boosting the efficiency of current commercial cells; using a high efficiency coating in a multi-junction or ‘tandem’ cell architecture. In addition, printing perovskites directly onto glass has led to a semi-transparent coating ideal for BIPV applications and, once integrated into the glazing units of a building, the technology is capable of providing a significant percentage of the building’s electrical energy requirements directly from sun light, as can be seen from our case studies.”

The new round of funding builds £4.4 million on to the £8 million raised earlier this year by Oxford PV, so it looks like we could hear some news about commercializing the company’s perovskite solar cells sooner rather than later, which Oxford PV confirms:

“The £4.4 million top-up round announced today will help fund the continued development of Oxford PV’s world-beating technology as we move towards scale-up and commercial engagement with potential licensees.”