Yingli Solar Signs 300 MW Worth Of Solar Projects In China

Over the past fortnight, Chinese-based solar panel manufacturer Yingli Solar signed two contracts to provide a total of 300 MW worth of solar panels.

Yingli Green Energy Holding Company, or Yingli Solar for short, announced on September 17 that it had signed its largest solar panel supply agreement to date in China, with a 170 MW order for solar PV panels made by CFC Group Construction Limited. Yingli Solar will supply 170 MW of solar panels, or over 650,000 multicrystalline YGE Series solar panels, for utility-scale power plants in China’s Hebei province being constructed by CFC Construction. 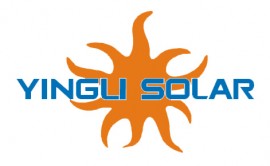 The contract will see Yingli deliver the solar panels during the third and fourth quarter of this year, for the development of power plants being built in the city of Zhangjiakou, one of Hebei province’s largest municipalities. Upon completion of the projects, the solar panels are expected to generate more than 200,000 MWh of electricity annually, which Yingli Solar says will offset approximately 120,000 tonnes of CO2 emissions.

“CFC Construction is committed to the construction, operation, maintenance and innovation of solar and wind power plants. To ensure our power plants’ high quality, we only select leading manufacturers for both solar panels and balance-of-system components. We have partnered with Yingli for these power plants because, as one of the world’s leading solar panel manufacturers, Yingli’s products meet CFC’s demanding product quality requirements,” commented Mr. Chen Jiguang of CFC Construction.

“We are pleased to enter into our largest supply agreement to date in China with CFC Construction, one of China’s most competitive construction contractors,” commented Mr. Liansheng Miao, Chairman and Chief Executive Officer of Yingli. “Our highly durable Yingli Solar panels deliver superior performance in the harsh weather conditions that characterize Zhangjiakou and its surroundings, and we look forward to broadening access to solar power in communities across the region thanks to our partnership with CFC Construction.”

Yingli Solar followed that announcement up with a second, marginally-smaller order announcement, on the 24th of September, when it revealed that it had signed an agreement with Qingdao New Energy Solutions for the supply of 130 MW of solar panels.

Qingdao New Energy Solutions (NESI) is a leading provider of agricultural and industrial building-integrated PV (BIPV) and utility-scale solar solutions, based in Qingdao, Shandong Province in China. Yingli Solar will supply more than 500,000 multicrystalline YGE 60 Cell Series solar panels, or around 130 MW, to NESI in two batches — the first 30 MW by the end of September, with the remaining 100 MW expected to be delivered by the end of the second quarter, 2016. The panels will be used in utility-scale projects, industrial rooftop systems, and BIPV agricultural solutions in Zhejiang, Inner Mongolia, Shandong, and other several other provinces throughout China.

In total, the 130 MW of solar panels are expected to generate around 150,000 MWh of clean energy each year, and should offset approximately 120,000 tonnes of carbon emissions each year.

“As a leading supplier of agricultural and BIPV solutions in China, we are excited to begin our partnership with Yingli and expect the company to become one of our preferred suppliers,” commented Mr. Shen Jianfei, Chief Operations Officer of NESI. “In August, NESI announced our collaboration with several state-owned banks and other entities to establish China’s first agricultural PV project fund. As such, we intend to gradually increase our exposure to solar PV assets and hope to continue partnering with Yingli as we do so.”

“We are pleased to begin collaborating with NESI, a comprehensive solar developer, and believe that together our companies will drive the adoption of BIPV and agricultural solar applications in China,” commented Mr. Gang Wang, Vice President of Sales of Yingli Green Energy. “Our new partnership with NESI exemplifies Yingli’s strategic effort to expand relationships with China’s leading private enterprises, which has resulted in 350 MW of supply agreements with cash before delivery in 2015. With demand expected to grow in China through the second half of 2015, Yingli is focused on expanding our domestic footprint by strengthening our customer relationships and continuing to supply our high-quality products to this key market.”