China’s Bureau of Energy has announced approval of a designated group of Distributed PV Generation Application Demonstration parks. A focus on self-consumption of PV power generation by the Bureau of Energy moves forward with notable clarity. Over 1.8 GW of distributed solar PV projects were approved (out of which up to 750 MW may begin construction in 2013). And a high level of self-consumption has been committed to by the developers: 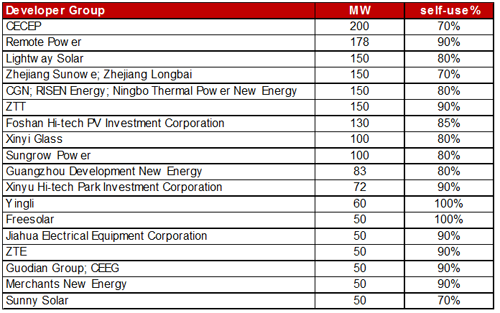 “All developer groups have promised to use no less than 70% of their PV power generation.”

Here’s how the initial split plays out: 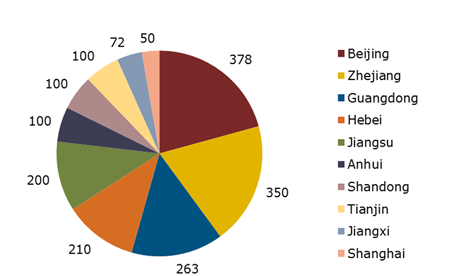 Until now, financing and tariff distribution timeliness have been major barriers for developer groups. Sources say that additional policies will be established in the second half of year to lower these barriers.