First Solar is a clear solar power leader. It was the only thin-film solar module company in the top 10 in solar module capacity sales 2012, and it has a notably integrated company that also engages in solar power plant development and other matters. The company reports that it is the “leading global provider of comprehensive photovoltaic (PV) solar energy solutions.” There’s a lot of room for thin-film solar technology to advance and take back more market share, and First Solar is the most likely company to capitalize on that. Before getting into the news of the day, take a look at these notable achievements in order to get an even better idea of First Solar’s leadership:

First Solar was the: 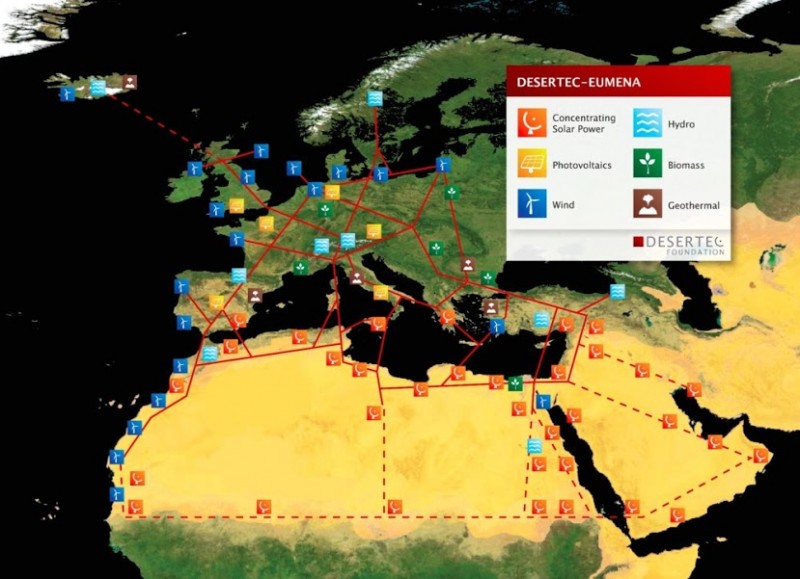 Another big name in the solar energy space is Desertec, an initiative primarily aimed at producing a massive amount of solar and wind power across North Africa and the Middle East and then sending much of it up to Europe. Desertec is about a half-trillion-dollar initiative that has garnered much attention, hope, respect, criticism, and skepticism — the whole gamut. It suffered a rather big blow recently when Siemens decided to pull out of the partnership. However, things are looking up this month, as First Solar has stepped in to fill Siemens’ place.

First Solar has been an associated partner of Desertec (Dii), but it became a shareholder this month (March 2013).

“Our extended dedication to Dii as a shareholder emphasizes First Solar’s commitment to the MENA region, where we see tremendous potential to build a sustainable market for solar power. Dii is the ideal industrial initiative to bring power from the deserts into reality,” said Christopher Burghardt, First Solar’s Vice President of Business Development for Europe, the Middle East and Africa.

Indeed, there is great potential for solar power in the Middle East and North Africa (aka MENA). I was in the Middle East for about a week this January for some large renewable energy conferences. The push for solar is growing fast there, and there’s clearly much potential. While there I actually had the chance to talk with First Solar’s Chief Technology Officer (CTO). He noted First Solar’s expansion into several countries and regions, and that of course included MENA.

The backing/investment of a major solar power leader sends a clear signal to others that Desertec is no joke, no mirage. It may or may not develop as fully planned, but it is certainly moving forward. Those at Desertec are no doubt very happy to receive this backing from First Solar. As one expression of gratitude, CEO Paul van Son said: “I am very proud that First Solar decided to increase its commitment to our initiative. With the largest solar project pipeline of nearly 3 gigawatt contracted worldwide, First Solar has an extraordinary know how for the implementation of the Desertec vision in the MENA region. This fits very well with the rapidly increasing interest of countries in MENA to expand renewable energy capacity and grid infrastructure connecting the emerging MENA market to Europe.”

Here’s more from First Solar on its role in Desertec:

First Solar is pursuing a wide range of opportunities to support the MENA region’s efforts to cultivate its considerable solar resources. The company recently established an office in Dubai and is in an advanced stage of opening an office in Saudi Arabia. First Solar is constructing a 13 megawatt (MW) solar photovoltaic (PV) power plant for Dubai Electricity & Water Authority (DEWA) in Seih Al Dahal, approximately 50 kilometers south of Dubai. This is the first phase of the landmark Mohammad Bin Rashid Al Maktoum Solar Park, an AED 12 billion project that is expected to eventually cover 48 square kilometers and produce 1,000MW of clean energy for the UAE’s national grid using both PV and solar thermal technology. The company also constructed a 5 MW solar PV system for the Masdar Abu Dhabi Future Energy Company and donated a complete 3.2 kWp photovoltaic system to the King Abdullah University of Science and Technology (KAUST) New Energy Oasis (NEO) program in Saudi Arabia.

Here’s a bit more background on Desertec (and more Dii videos can be found here):