Gaelectric & Tesla To Team Up In Ireland

Gaelectric and Tesla are joining forces to develop a 1 megawatt battery storage demonstration project in Ireland. For Tesla, the project will be its first utility-scale battery power project in Ireland. It is scheduled for completion in 2016 according to a report in Greentech Lead. 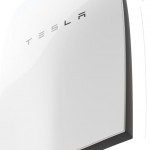 “The accelerated development of storage technology and application is astounding,” says Keith McGrane, Gaelectric’s head of energy storage. “Much of these developments are around incorporating greater amounts of renewable power while protecting the stability of our transmission systems and controlling costs. Tesla is the vanguard for the revolution that is currently under way.”

Gaelectric, an Irish renewable energy company, and Tesla Motors are planning a wider collaboration in battery projects that can help the integration of renewable energy into the electrical grid, and are exploring the opportunities for other Tesla Energy products in residential and commercial applications.

“As a renewable energy group with a pipeline of 500 MW of wind power in Ireland and energy storage projects in Ireland and Europe, Gaelectric has an obvious incentive to drive the adoption of technologies that facilitate the economic dispatch of wind and other renewable sources,” Gaelectric chief executive Brendan McGrath told SeeNews recently.

Gaelectric has 400 megawatts of wind power in the pipeline in Ireland with an expected completion date in 2017. It also has energy storage projects in parts of Europe. Its onshore wind energy development and operations extend across all of Ireland, with United States operations located primarily in Montana.

Tesla announced its intention to enter the energy storage business on April 30, 2015. The most important bit of news to emerge from a highly publicized media event was that Tesla is selling its utility-scale battery storage systems for about $250 per kilowatt-hour. Some of its competitors are still struggling to get their prices below $1,000 per kilowatt-hour.

If Tesla can drive the price of batteries down below $200 per kilowatt-hour, or even lower, the long-promised electric car revolution will be much closer to reality, as will strategies to replace the worst polluting electric generating plants with clean, renewable energy.