A new report from the US Department of Energy puts the number of Americans employed in the solar power industry at 374,000. By contrast, only 187,000 workers were employed in the production of electricity from coal, natural gas, or oil. The report seems to give the lie to Donald Trump’s claim that the way to make America great again is to put coal miners back to work so that generating plants can belch clouds of toxic fumes into the sky. The report also contains several other key findings: 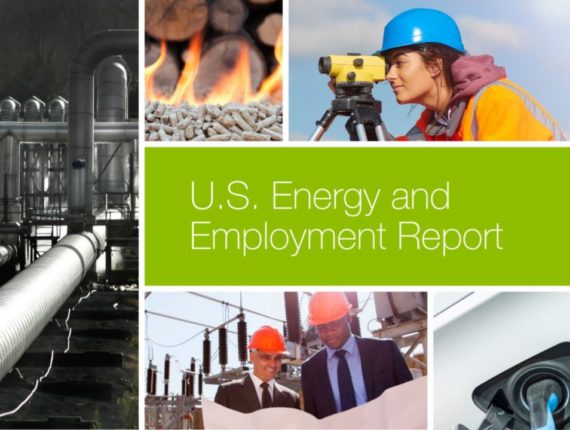 The take away from all this is that clean technology is the place where new American jobs are to be found. Is anyone in Washington listening? Hello? Anyone home?

Those are the national numbers. The news in individual states is also positive. The Portland Business Journal reports that Oregon’s solar workforce grew by more than 50 percent in 2016 to 4,509. The upward trend is expected to continue as new utility scale solar projects in Oregon that will add almost 300 megawatts of solar power are in the planning stages and expected to be completed within the next 12 months.

The cost of installed solar, particularly for utility scale projects, continues to fall, making it more cost effective for utility companies to add solar than to build new coal, natural gas, or oil fired facilities. The Trump administration brags that it does not want to be picking winners and losers in industry, that the free market should be left to sort things out. If that’s true, solar and wind power should be the true winners going forward.

If the administration is going to promote more costly alternatives such as coal and natural gas, it will be lying to itself and the American public — something it has shown itself more than willing to do in the three short weeks it has been in office.

How North Carolina Schools Could Save Millions (Hint:...