An innovative partnership has been sparking children’s creativity across the UK, encouraging them to “get creative” about renewable energy, solar power, and climate change. Good Energy, 10:10, and Solar Schools held an exciting competition for the kids and provided £9,000 ($13,970) in cash for prizes to go towards the award-winning schools’ purchase of solar panels. 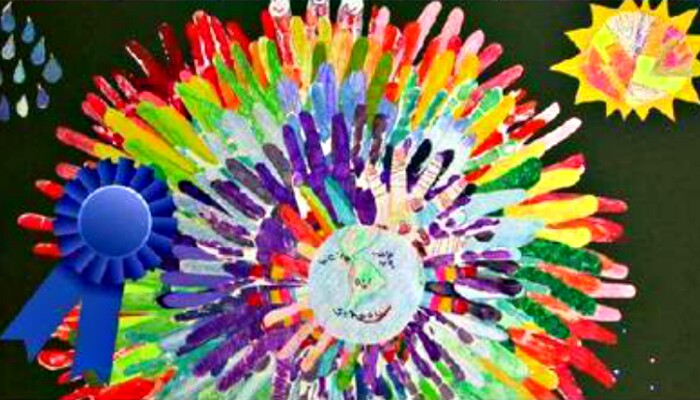 Charmaine Coutinho from Good Energy stated recently, “Good Energy believes that renewables have a really important part to play in the UK’s energy future, and we know that the schools are really excited about getting their own solar panels. So we wanted entrants to produce some artwork, sculpture, poetry, prose, collage – whatever creative avenue they wanted to choose – to illustrate what these topics mean to them.”

A founding member of the Social Stock Exchange, Good Energy is a fast-growing, 100% renewable electricity generation and supply company, supporting change in the energy market, addressing climate change, and promoting energy security. Over the course of a year, Good Energy matches all of the electricity its customers use with power from renewable sources. Good Energy invests in renewable energy sources including wind, solar, and early investment in tidal lagoon power. The company reports that its “dual fuel tariff is cheaper on average than the standard tariffs sold by the [UK] ‘Big Six’ before discounts.”

Solar Schools is an initiative of 10:10, a nonprofit, carbon-cutting campaign established in 2009. 10:10 stated that they started simple with one vision: “unite the whole of society around one goal, cutting our carbon by 10% in 2010.” That first year saw huge results, stated 10:10, from UK businesses completely overhauling their travel policies, to councils investing in super-efficient heating systems, and British embassies around the world cutting as much as 60% by making smart use of video conferencing. The British government even got involved, saving £13 million ($20.16 million) of public money on their energy bills.

Still going strong, 10:10 initiatives today include everything from offering hands-on energy saving advice to coordinating bright, bold community energy schemes. The 10:10 Solar Schools initiative is one such innovative project, offering a comprehensive fundraising toolkit that helps schools raise the money they need to install their own solar panels on the school’s rooftop.

Promoting Solar Schools in the UK

Solar Schools states on its website, “The Solar Schools project is putting clean energy in classrooms all over the country. Schools set a fundraising target for their very own solar roof, then everyone chips in to help make it happen.” The Solar Schools website also offers free printed resources like banners, posters, and stickers. In-depth training sessions are offered to schools on everything from fundraising to working with the press. How-to packs, case studies, and videos are also provided to help school staff along the way, providing support and mentoring throughout the school’s journey to a successful solar energy rooftop system installation.

Besides the obvious benefit of clean, renewable energy for the school, by installing a 10 kWp system, schools taking part in the Solar Schools project could make an average of £1,110 ($1,723) a year from feed-in tariff (FiT) payments just from the sale of energy back to the electricity grid.

Regarding the creative competition, Cecily Spelling from 10:10 Solar Schools, noted: “The schools were already working really hard as part of 10:10’s Solar Schools project so it was great to see so many of them get involved in this opportunity, with the support of Good Energy, and embrace the use of social media in this way.”

Spelling explained that once the artworks were completed, an online vote using Facebook was used to select the winners. She added, “There was a fantastic range of ideas, from wind socks to dioramas and poetry. Well done to all those that entered, all the students involved and congratulations to the winners – now for the final leg of fundraising!”

Who were the real winners? The 22 schools from across the UK that entered the competition, the three schools that shared the prize money, and all of the kids, because they all came away with a fun, new perspective on clean, renewable energy. ($Priceless!) 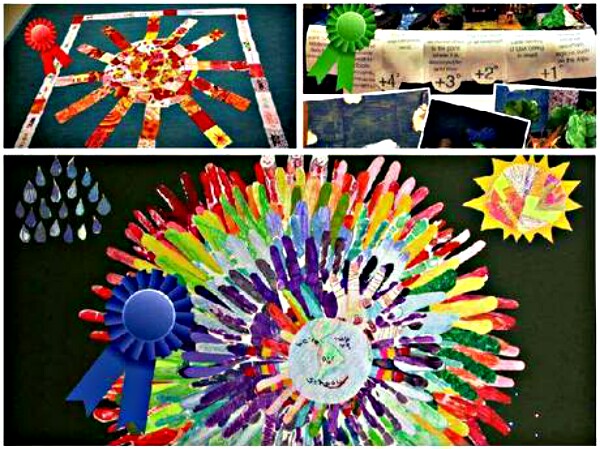