Sweden says it wants to stop burning fossil fuels to make electricity by the year 2040. Policies and goals are wonderful things, but taking action to implement those policies and goals is where the hard work comes into play. Now Sweden is putting its money where its mouth is. It has announced a government subsidy that will cover 60% of the cost of installing a residential energy storage system up to a maximum of 50,000 kroner or $5,600. The credit applies to the battery, wiring, control systems, smart energy hub, and installation work for homes with rooftop solar systems. 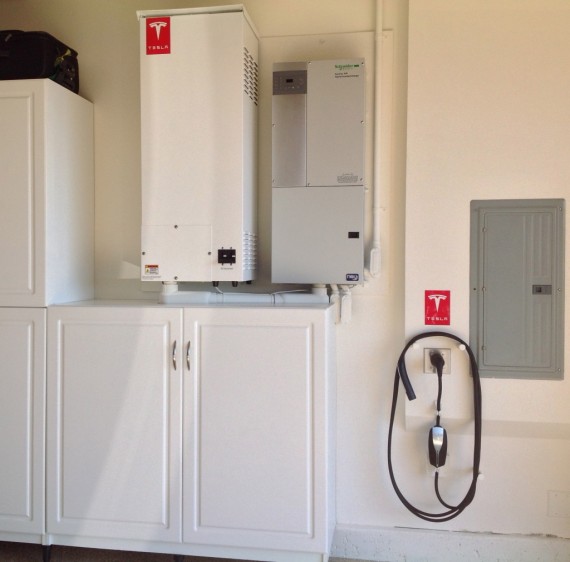 Andreas Gustafsson, program manager for the research and innovation department of the Swedish Energy Agency tells Renewable Energy World, “The scheme represents a complementary support system to the existing scheme supporting solar PV generation in Sweden. It’s one step, but an important step towards establishing a smart, distributed grid based around clean, renewable energy.”

“It’s expected that in supporting the installation of batteries, we’ll enable two outcomes — one to enable better use of solar PV generation systems,” Gustafsson says. “The second is to help establish smarter, more flexible grids that can contribute to stabilize the grid against fluctuations in frequency and voltage. In this context, it’s important to have systems for storing energy, rather than simply pumping excess electricity into the grid, only to buy it back at a later date when you have a demand.”

He believes the new incentive program will be attractive to what he calls “prosumers” — private persons or companies using rooftop solar for their own energy needs. Johan Lindahl, a spokesperson for Swedish Solar Energy says, “Solar PV is a rapidly expanding market in Sweden. It’s in a good position to grow from a small position currently. Last year, for instance, solar PV capacity grew by 60%. We’re around 128 MW now.”

In general, there is a growing interest for PV in Sweden and the general public is very positive towards the technology,” he says. A recent survey found that about 20% Swedish homeowners were considering investing in rooftop solar or a small wind turbine.

Sweden’s new incentive program is similar to one in place in Germany that saw 19,000 home solar and battery storage systems installed since it began. That program has recently been extended through 2108. Whether Sweden can duplicate that success remains to be seen.

“Energy storage on this scale is new for Sweden.” says Andreas Gustafson. “There’s very little to no home energy storage at the moment. Hopefully though, we can look forward to success here, and new companies and jobs to come along with introduction of these storage solutions.” The incentive progam will be in effect until December 31, 2019.