As I wrote yesterday, Solar Love is partnering with CleanTechnica, EV Obsession, GridHub, and others to bring the first Cleantech Revolution Tour event to Berlin, Germany. It will focus on solar energy one day (April 10) and electric vehicles the other day (April 9). You can view the agenda here, register here, or sign up to help sponsor the event here.

Just to highlight in greater detail some of the wonderful solar speakers who will be presenting in their own sessions and discussing the future of solar on a panel at the Berlin event, below are short bios about some of the key speakers. 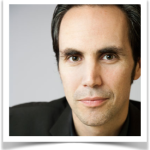 Stefan is the Director of Climate, Energy, and Cities at the World Future Council. Stefan is an architect by training, but has devoted most of his career to energy and climate change issues. Before he started working for the World Future Council in 2007, he was the spokesperson for Greenpeace in Germany and headed the Greenpeace Climate and Energy department for 9 years. During this time, he also co-founded Germany’s second-largest green electricity supplier. In 2004, Stefan was appointed as member of the REALISE Forum, an international platform on renewable energy policies led by the European Commission. As Director Climate Energy at the World Future Council (WFC), Stefan initiated the international policy campaign on renewable energy and the worldwide promotion of ‘Feed-In Tariffs’ as one of the best policies for a massive uptake of renewable energy. In 2008, Stefan became a member of the energy advisory board of the International Building Exhibition (IBA) and was appointed by UN Habitat as an advisor of the World Urban Campaign. Stefan also founded and coordinates the WFC international expert commission on Cities and Climate Change. He works as a direct advisor for governments and parliamentarians around the globe and authored various publications on climate change subjects. 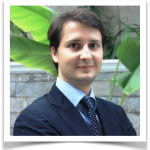 Tobias is Director and Founder of Bridge to India, India’s leading sustainability advisory firm. He’s also the founder of IndiaGoesSolar.com and an early supporter and investor of GridHub. Tobias contributes epic articles about the Indian energy market and climate policies on CleanTechnica. He holds a PhD in politics, has a great love for India, an equally great concern for our climate future, and is currently working on ways to accelerate an energy transition across various developing countries. 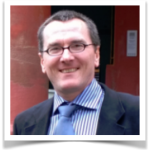 Born in the United States, Craig Morris has been living in Germany since 1992. In 2002, he founded Petite Planète, a translation and documentation service focusing on IT and renewables. He is the author of the book Energy Switch (2006), has served as editor of several energy magazines, and has written numerous articles in both English and German on energy technologies and policies. He is the editor of Renewables International, and he is lead author at the Energiewende Blog. In 2013 and 2014, Craig served as technical editor of IRENA’s REmap 2030, and in 2014, he won the IAEE’s award for journalism in energy economics. 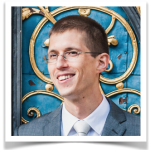 Well, this is me, but if you don’t know much about my background, here’s a bit of a primer. I’m the director and editor of CleanTechnica (the #1 most-visited cleantech-focused news and analysis site on the internet) as well as EV Obsession and SolarLove (two sites I founded in 2012). I’m also the president of Important Media, which is the parent network to those three sites and ~20 others. I’m the editor of Masdar’s Sustainnovate as well, and you can find my work all over the internet, including on Scientific American, Reuters, The Economist Group’s GE Look Ahead, ABB’s Conversations, the World Economic Forum’s Agenda, Renewable Energy World, TreeHugger, most Important Media sites, and several other websites.

I have been referenced or interviewed by The New York Times, The Washington Post, Chicago Tribune, CNBC, and numerous other news outlets and websites. I have also presented, provided workshops, and moderated panels at clean energy and electric vehicles conferences in the US, Canada, and India (and soon Europe). In 2013, I was named one of the top 20 influencers on fuel economy matters alongside President Obama, Tesla Motors CEO Elon Musk, the US Secretary of Energy, Nissan & Renault Chairman & CEO Carlos Ghosn, GM’s CEO and president, and several other car company execs as well as a few leading auto journalists.

As I wrote yesterday, if you are interested in learning more about solar power, and especially German solar power, by world experts on the topic in an accessible, fun, comfortable setting in the flesh, I think this is the perfect event for you.

And you can reserve your spot via our registration page or simply by clicking right here:

If you would like to sponsor this Cleantech Revolution Tour event, sponsorship options are here.