Urea May Be Key To Affordable Grid Storage Batteries

Storing electrical energy made from renewable sources like wind and solar power is the key to making renewables cheaper than fossil fuels. Solar and wind power are getting cheaper almost daily, but there needs to be grid storage to save it so it can be used when the sun isn’t shining or the wind is not blowing. 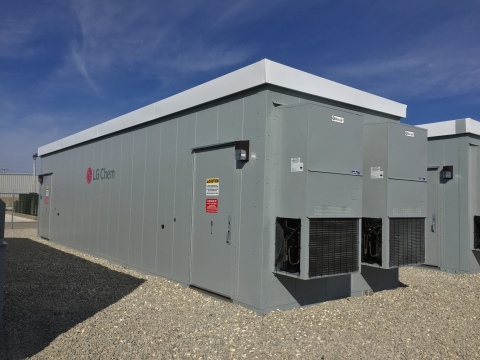 It’s a concept known as “time shifting” in which electricity generated at 3 in the afternoon can be stored for use later at 3 in the morning. Without time shifting, utility companies still need to rely on fossil fuels like coal and natural gas for base load needs. With time shifting, the need for those base load plants disappears.

Right now, grid scale battery storage is too expensive for wide scale use. It is perfect for special situations like remote locations that have no access to the traditional electrical grid like islands, but much too costly to carry the multi-terawatt load that powers homes and businesses world wide. Stanford professor Hongjie Dai and doctoral candidate Michael Angell think they may have a solution.

The pair has created a battery whose main component is urea, a substance found in most fertilizers and the urine of mammals. The battery is nonflammable and contains electrodes made from aluminum and graphite, two materials that are inexpensive and readily available.  It uses urea as the main ingredient in its electrolyte.

“So essentially, what you have is a battery made with some of the cheapest and most abundant materials you can find on Earth. And it actually has good performance,” said Dai. “Who would have thought you could take graphite, aluminum, urea, and actually make a battery that can cycle for a pretty long time?”

Dai’s lab was the first to make a rechargeable aluminum battery. That battery, created in 2015, charged in less than a minute and lasted thousands of charge/discharge cycles. It had one serious drawback, however. The electrolyte is used was expensive. The urea battery is about 100 times cheaper to manufacture. It is also non-flammable. Lithium ion batteries can ignite if they get too hot. “I would feel safe if my backup battery in my house is made of urea with little chance of causing fire,” Dai says.

Dai and his group of researchers are now focusing on extending the lifespan of the urea battery. At present, it can last for 1,500 charge/discharge cycles with a 45 minute charging time. “With this battery, the dream is for solar energy to be stored in every building and every home,” Dai said. “Maybe it will change everyday life. We don’t know.”

Time shifting and energy storage are two areas that are the focus of much research these days. Concentrated solar power uses the sun’s rays to heat a storage medium of water, salt, or polymers to generate steam long after the sun sets. Pumped hydro storage is used on a daily basis in the UK and there is even a plan to build a train laden with rocks in the Nevada desert. Excess energy would haul the train up a mountain during the day. Later, the trains would descend, generating electricity along the way. Dai’s urea battery may render all of those systems obsolete.